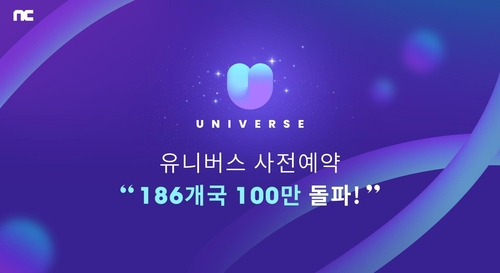 More than 1 million K-pop fans from 186 countries, including Korea, the United States, Japan, Taiwan, Indonesia and Brazil registered for the soon-to-be released social media platform Universe that allows fans and artists to communicate using mobile devices, the operator of the platform NCSoft announced on Tuesday.

Expected to be launched early next year by NCSoft subsidiary Klap, it will allow fans to win rewards by participating in activities such as buying albums, streaming songs, joining fan meetings and attending concerts.

The company plans to reveal a special gift for those who registered on Dec. 16.