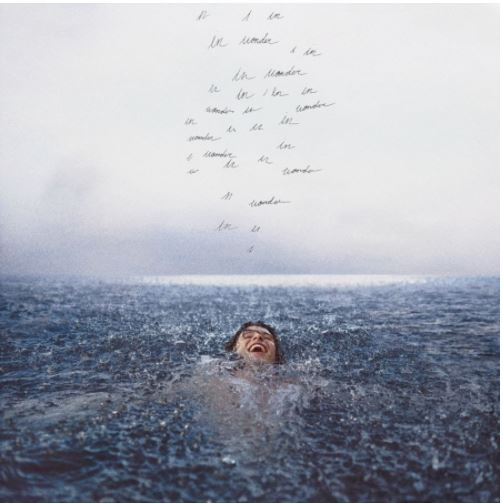 On his 14-track fourth album, Shawn Mendes is airy, grand, intense and rapturous. It is the sound of a man totally and hopelessly in love.

Adoration is baked into "Wonder," from the almost religious-sounding title track as Mendes sings "I wonder what it's like to be loved by you," to the last song, where, with a voice shaking with emotion, he sings over acoustic guitar: "I can't imagine what a world would be without you." The album's cover captures Mendes ecstatic, floating in waves.

Though she is mentioned only once — in the liner notes, thanked right after his family — it's not hard to find the source of this ardor: Mendes' longtime romantic and quarantine partner, singer Camila Cabello. Whatever happens to this couple in the future, she has inspired a hopelessly romantic set.

"Teach Me How to Love" flirts with '80s disco (with Anderson Paak on drums) and "305" (the area code to Cabello's Miami) is a candy-colored piece of '60s doo-wop in which Mendes sings to his lover, "If there's a door to heaven, baby you're the key." The lovers are finding a new home to share in "24 Hours" — "It's a little soon but I wanna come home to you," he sings.

Mendes' falsetto soars with pure glee atop a pillow of strings on the standout "Look Up at the Stars" (where Mendes sings "the universe is ours" in a Coldplay "Yellow" way) and "Always Been You" is both soaring and triumphant. This is music you'd hear in a mall in heaven.