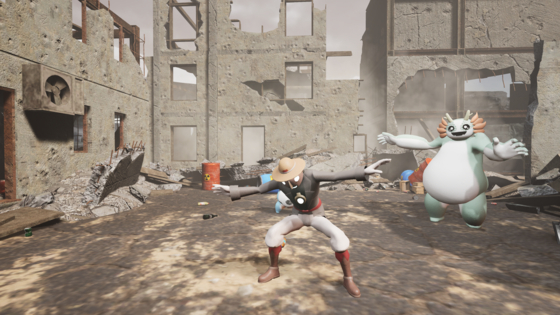 
GWANGJU — Motion-capture technology is nothing new in the theater world today, nor is the use of virtual reality (VR).

That these advanced technologies lack human interaction is often regarded as both their strength and weakness. To add the benefits of live theater into the latest technology, the culture creation team at the Asia Culture Center (ACC) in Gwangju, South Jeolla has been working on creating a VR animation that fuses live theater and motion-capture technology. 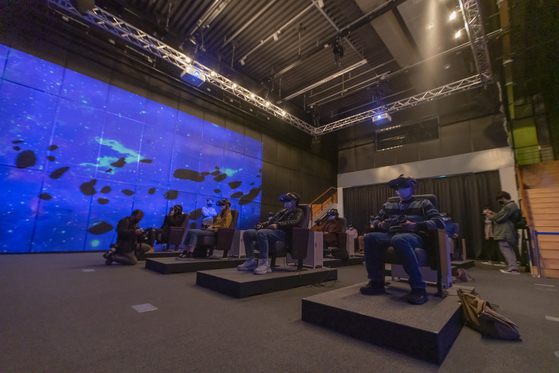 Audience members wear virtual reality (VR) headsets and hand controllers to enjoy the show. Computers are installed underneath each seat to allow this live digital VR performance to be possible. [ACC]

The audience members are ushered into a theater and are guided to sit in a VR-equipped seat fitted with a set of controllers for each hand. Once the VR gear is all set up, screens that surround the auditorium come up, creating an immersive effect. The chairs don’t vibrate and wind doesn’t get blown in your face, like in a 4-D movie experience, but the audience members go on a fairly immersive journey to outer space led by three monster-like characters, Malddeuk, BB and BBRun, as they look for a new place to live as the earth is so polluted that no organism can live on it.

To travel between different places in outer space, the characters ask the audience members to chant the magic spell and strike the drum that appears before their eyes as they do a special dance, the Goseong Ogwangdae, or the Mask Dance Drama of Goseong, which is Korea’s National Intangible Cultural Heritage No. 7.

A traditional dancer of Goseong Ogwangdae (Mast Dance Drama of Goseong), which is Korea's National Intangible Cultural Heritage No. 7, performs a live dance as his moves are transmitted live using the motion-capture technique. [ACC] 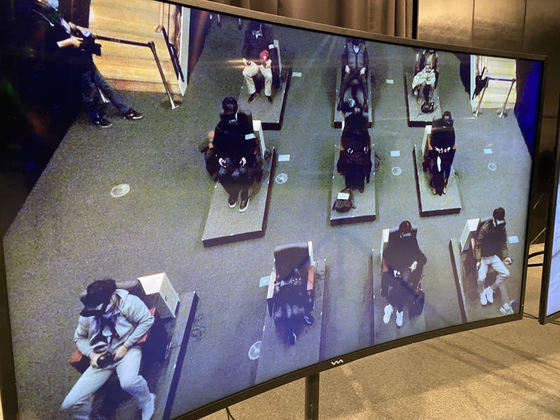 The dancer monitors the audience through a camera installed in the auditorium to allow real-time interaction. [ACC]


Up to this point, the performance does not introduce a novel experience for the audience to marvel at. But as soon as the characters on the screen begin to interact with the audience, it’s a whole new game. Pointing out an audience member, like “the boy with a red baseball cap,” they ask them to chant the magic spells louder.

“The audience members are watching an animated film using VR technology, but at the same time, they’ll feel like they are in a live theater because of the interaction between the characters in the animation and the audience members,” said Son Sang-won, director of the show.

This is made possible because of the real-time, motion-capture technology that goes on next to the theater. In a room larger than the actual theater, the traditional dancer of the Goseong Ogwangdae wearing tight suits with motion-capture sensors on his body has been dancing as the animation was playing, sending his movements and facial expressions in real time.

“The quality of technology and equipment used for this show is similar to that of a Ferrari when you regard this as a car,” Son added. “We can say that this space is like the server, and the images are being transferred to the computers located underneath each seat.”

Despite Korea having a reputation as a hyper-wired country, Kim Il, the digital director of the show and the head of Mania Mind, said the internet speed is not up to level yet to transmit such high-capacity graphics wirelessly.

“In the near future, with the advancement of internet technology, this type of live digital show can be showcased globally while its server is in Korea, or people can even enjoy live theater in their homes,” Kim added.

There are several cases of fusing this motion-capture technology with avatars, but ACC said there are no performances that have used the two technologies and commercialized it.

ACC plans to premiere the show next year.