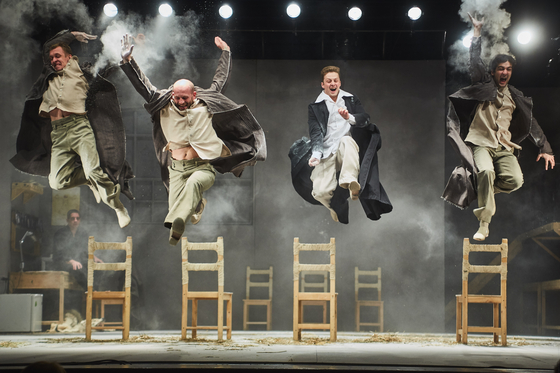 Renowned Russian director Timofey Kulyabin’s “Onegin” will be presented as an online performance by the LG Arts Center in the upcoming weekend. [LG ARTS CENTER]

Dec. 11-12: Renowned Russian director Timofey Kulyabin's "Onegin" will be presented as an online performance by the LG Arts Center.

Kulyabin's "Onegin" has won him the Golden Mask Award. European critics hailed the play, stating that it successfully removed all expectations of Pushkin's romantic novel of the same name.

The play was supposed to be staged at the LG Arts Center in November, but it was canceled due to the coronavirus.

Dec. 12: An online K-pop concert featuring five K-pop acts is being organized by Mixchannel and MBC Plus. It's the organizers' first concert of its kind. The K-pop acts are AB6IX, Victon, Lee Jin-hyuk, Dream Catcher and A.C.E.

Tickets cost 33,000 won. For those trying to purchase tickets outside Korea, head to globalinterpark.com 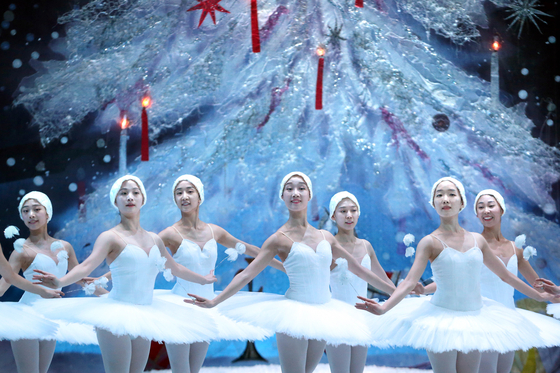 Dec. 19-27: The Korean National Ballet is presenting "The Nutcracker" in its version that is adapted from the ballet choreographed by Yuri Grigorovich. He worked as the art director of Moscow's Bolshoi Theater from 1964 to 1995.

According to the state-run ballet company, the starting times for the performance will be announced soon to follow the government's recent social distancing guideline requiring indoor facilities to close after 9 p.m.

Jan. 2-3: South African stage actor Jonathan Roxmouth, who has a large fandom in Korea after performing as the Phantom here in the world tour production of "The Phantom of the Opera," will stage a concert next month singing popular musical numbers.

Roxmouth will be accompanied by a 40-member Mostly Philharmonic Orchestra. For several numbers, tenor John Noh, the semifinalist in JTBC's "Phantom Singer 3" will perform with Roxmouth.

The program includes "Razzle Dazzle" from "Chicago," "Stars" from "Les Miserables" and "Defying Gravity" from "Wicked," among others. 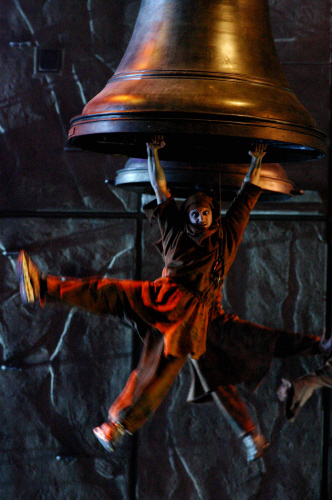 Through Jan. 17: The original French production team of the musical “Notre Dame de Paris” has arrived in Seoul for the first time in five years to mark the 20th anniversary of the musical being staged in France.

The program includes "Do you want to build a Snowman?" (2013) a popular number in the film followed by Chopin's "Grand Valse Brillante in E-flat Major op. 18."

Then a track from "Beauty and the Beast" will be performed, followed by Chopin's "Prelude in D-flat Major op. 28 no. 15 "Raindrop."

To help audience members understand the concert better, pianist Song Young-min, who will also play the piano during the concert, will deliver commentaries between each works.