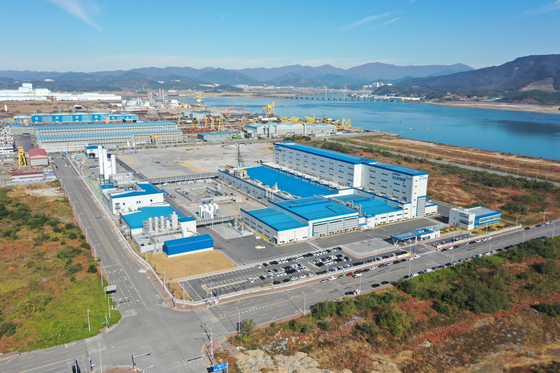 
Posco Chemical will supply cathodes and perhaps even anodes for General Motors’ next electric vehicles (EVs).

The chemical subsidiary of Korea’s leading steelmaker, Posco, said Wednesday that it will supply cathode materials, one of the key four components of lithium-ion batteries, to Ultium Cells.

Ultium Cells is a 50-50 joint venture between General Motors (GM) and LG Chem announced earlier this year. The two companies are investing $2.3 billion to manufacture battery cells that will go into GM's EVs.

It also said it is discussing with the Detroit-based automaker supplying anodes, another key material for lithium-ion batteries, to Ultium Cell.

In November, Posco Chemical raised 1 trillion won ($922.5 million) through a paid-in capital increase, the biggest issuance of new stock among Posco affiliates to date in order to develop its battery materials business.