Can we really call marriage a blessing?

Can we really call marriage a blessing? 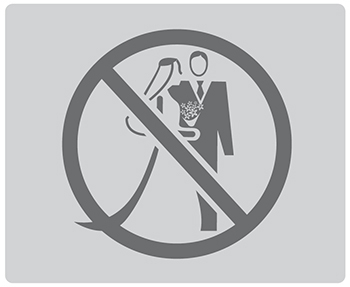 CHUN SU-JIN
The author is the deputy head of economic policy teamof the JoongAng Ilbo.


“Men Without Women,” the title of Haruki Murakami’s novel, could be reality in Korea. If the government is working hard to supply apartments for newlyweds to improve the fertility rate, the direction is wrong. Most young people have an implicit consensus on not having children, or at least having less children. They are increasingly tending to not get married, too.

The reason is simple. Both men and women calculate what they lose out from marriage. The new normal of “men without women” and “women without men” is approaching. The social consensus on marriage has an invisible crack that the older generation cannot see. In August, research company M-Brain Trend Monitor surveyed 1,200 adult men and women in Korea, and only 18.1 percent of them responded that they must get married. According to a recent study by Statistics Korea, single-person households make up a whopping 30.2 percent last year, breaking 30 percent for the first time.

TV personality Sayuri Fujita showed that marriage is not a requirement for having a child. She pioneered the option to have a family without men — for those women who want children but don’t want to get married. Billionaire Nicolas Berggruen became a father of two children in 2016 through an egg donation. If you think that fatherless children are a problem, you are a certified boomer.

You are wrong to think it is out of egocentrism. It is the opposite. The young generation was born and raised in an abundance of capitalism. In 1921, Walter Benjamin wrote “Capitalism as Religion,” but in the pandemic of the 21st century, capitalism is a way of life, not a religion that people can choose to subscribe to. Professor Kim Nan-do’s major keyword in his book “Trend 2021” is the “capitalist kids” generation who have a strict sense of economy.

Young people think that if they cannot share the abundance they experienced with their spouses and children, they’d rather just enjoy economic freedom and engage in meaningful spending alone. Born and raised in apartments, they cannot afford to buy their own and have a hard time finding a job. Adding family members to that mix? No thank you. This generation prioritizes economics over marriage.

How about starting a social debate on the definition of “family?” Japanese writer Junko Sakai cried out in 2006 that unmarried women over 30 without children were not miserable losers. In a meaningful transition, her latest work is titled “End of Family.”

Marriage is clearly a blessing, but a blessing that is hard to defend. If you insist that marriage is the beginning of forming a family, the Republic of Korea can hardly be sustained. That is the current state of marriage economics in the 21st century.

From no fun to a new beginning, the age 30 gets a facelift