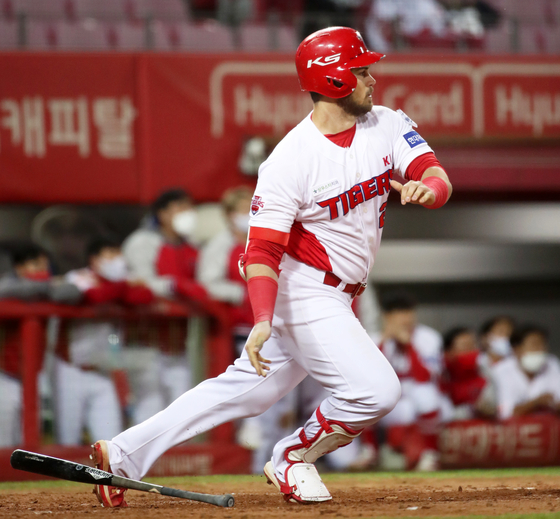 Preston Tucker hits a walk-off run at the bottom of the 10th inning against KT Wiz at the Gwangju-Kia Champions Field on Oct. 28. [YONHAP]


The Samsung Lions' Dave Buchanan and Kia Tigers' Preston Tucker will be returning to the KBO next year.

Tucker, who played most of the year in right field, ended the 2020 season with a 0.306 batting average with 32 home runs, 113 RBIs and 100 runs scored. His season was good enough to see him ranked near the top of the league in a number of different hitting categories, including sixth for home runs, fourth for doubles, at 40, fifth for RBIs and sixth for slugging percentage.

With 142 appearances throughout the season, Tucker only missed two games for the Tigers. 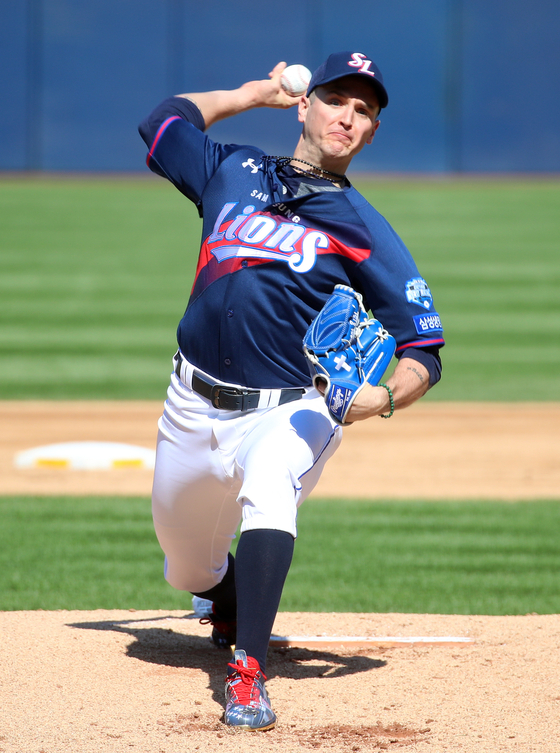 Dave Buchanan throws a pitch against the Kiwoom Heroes at Samsung Lions Park in Daegu on Sept. 20. [YONHAP]


Throughout the 2020 season, Buchanan had a solid 3.45 ERA with 15 wins and seven losses throughout 27 starts. Those 15 wins were good enough to see him rank joint third in the KBO for wins, behind the NC Dinos' Drew Rucinski with 19 and the Doosan Bears' Raúl Alcántara with 20.

Buchanan also finished the 2020 season having pitched the fifth-most innings of any pitcher in the KBO, at 174 and two-thirds innings, proving that he is a pitcher that the Lions can rely on late into the game.

Despite the two players' success last season, neither of their clubs advanced to the playoffs. The Tigers finished the season in sixth, just missing out on the Wildcard spot, while the Lions finished at eighth.