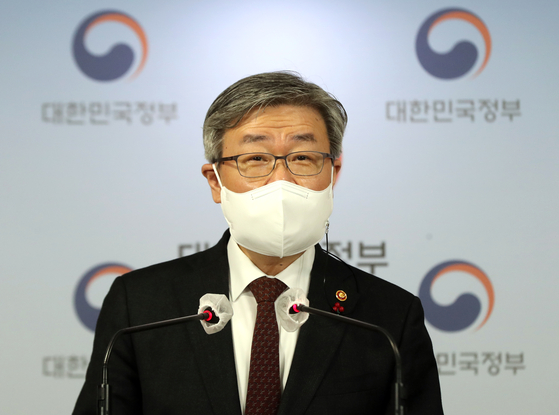 Business groups lined up to trash a series of amendments pushed through by the Democratic Party (DP) Thursday, issuing statements of outrage as the ruling majority took aim at corporate Korea for the second time in as many days.

Wednesday, legislators passed a series of amendments that would limit the power of large shareholders and open them to challenges from other shareholders and from regulators. Thursday, a number of labor-related laws were amended.

This includes revisions to the Labor Union and Labor Relations Adjustment Act, the Public Service Union Act, the Act on the Establishment and Operation of Trade Unions for Teachers, thec Labor Standards Act and the Employment Insurance Act.

Business groups vented after the amendments were passed by committee a day earlier, saying the changes could make it more difficult to do business in Korea.

In a statement Wednesday, the Korea Enterprises Federation (KEF) said labor-management relations are likely to worsen if the amendments become law. The Federation of Korean Industries (FKI) is asking for a one-year grace period.

Collectively, the amendments have become known as the ILO bills, as they were drafted to get Korea’s domestic laws up to International Labor Organization (ILO) standards.

While Korea joined the ILO in 1991, it falls short when it comes to four of the organization's fundamental labor conventions, including the right to organization and to collective bargaining.

One of the bills that has been strongly opposed by the business community allows laid-off workers and the jobless to join unions. These people will be allowed to enter company grounds even though they are not employed by the company.

Amendments to the Labor Union Act require employers to pay labor representatives. Previously, they were paid from union coffers.

In addition, collective bargaining agreements can be valid for a maximum of three years, up from two. High-ranking government employees and firefighters can now join unions.

Businesses are concerned that the bills will increase the power of labor in negotiations, as membership sizes will be expanded. They also see the new freedoms given to labor as inviting unruly mobs onto company grounds, creating a security threat.

“The height of the Korean New Deal that the Blue House has pushed for in time of the economic crisis caused by Covid-19 turned out to be the ‘Labor Union New Deal,'” said an official at one of the business lobby groups that asked for anonymity.

Park Ji-soon, a social security law professor at Korea University’s School of Law, said due to the labor bills pushed through by the ruling party, the delicate balance between labor and management is now out of whack.

“It should have been an opportunity to correct the unfair labor-management relationship while guaranteeing the basic labor rights,” Park said. “But it headed in the direction of solving the demands of the labor union through legality.”

The labor unions expressed some disappointment.

Changes to 52-hour workweek rules were on their list of grievances.

Under the current system, the workers can flexibly distribute working hours within a three-month period as long as the average weekly is 52 hours.

This allows a company to increase the working hours of an employee during seasons where there’s high demand, such as air-conditioner production in the summer. The employees could a take break during seasons with less demand.

The business community has argued that three months is too short, and because of the restrictive working-hour regulations, during the high-demand season, they are forced to hire additional workers.

To address these concerns, the DP extended the average period in which the 52-hour workweek is applied from three months to six.

Labor argues that extending this period will allow companies to manipulate the system so workers work for longer hours for a longer period.

The government is pleased with the bills.

Employment and Labor Minister Lee Jae-kap on Thursday stressed that the ILO bills as well as the flexible working hours were well balanced in meeting the demands of both the labor union and management.

“We have solved the tasks in ratifying the ILO conventions and the settling of the 52-hour workweek,” Lee said. “And at the same time, we have taken the first steps towards universal employment insurance for all,” referring to the bill that was also passed that allows those independently employed, such as insurance salespeople and artists, to sign up for employment insurance.

The amendments come fast on the heels of the “fair economy” amendments, which were harshly criticized by the business communities but passed the National Assembly on Wednesday.

These bills restrict voting rights of the largest shareholder in a company and lower the threshold for suing directors.