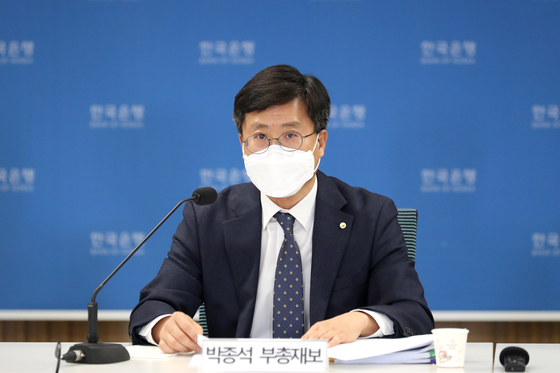 
Korea lost 1 million jobs this year when the pandemic hit, and it will take months for those jobs to completely return, according to a Bank of Korea report published Thursday.

The number of people employed was over 27.5 million in February. By April, that number declined to 26.5 million, central bank figures show. It has since recovered, to 26.8 million in October. 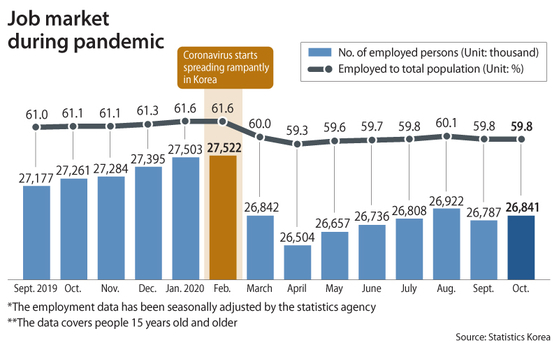 “Employment picked up slowly after April, but to recover the February level, it will take much longer,” said Kim Byung-kuk, senior economist at the labor market research team of the Bank of Korea. “We can’t tell exactly how long, because there are still uncertainties regarding the resurgence of the virus and vaccine development, but back in 1997, when the country suffered from the foreign exchange crisis, it took roughly 31 months for employment to bounce back to the pre-crisis level.”

According to the report, while 1.48 million jobs vanished over the first eight months of the 1997 crisis, it took 23 months for those jobs to return and a total of 31 months for employment to reach pre-crisis levels.

The bank said that this time, the job market recovery could be slower because many employees that are on temporary leave are included in the number of employed persons. In industries that were hit most by the virus, such as the airline industry, companies made employees go on unpaid leaves to reduce economic burden from Covid-19.

“Companies will first try to bring back those on temporary leave, and only then they will be able to start fresh recruitment,” the bank report said.