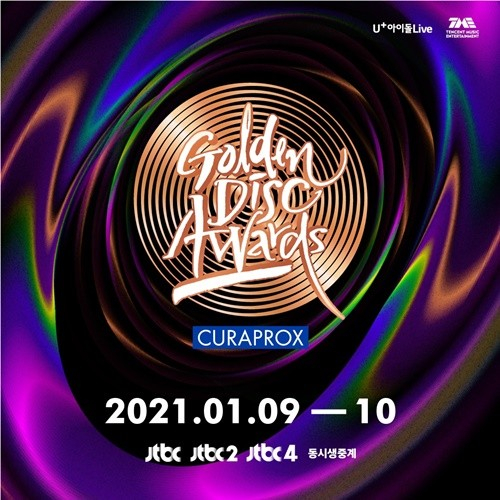 The 35th Golden Disc Awards will be broadcast live on JTBC. [JTBC]


The nominees for the 35th Golden Disc Awards were revealed Thursday, and fans can now begin casting their votes for the popularity poll.

The nominees for each category can be viewed through the mobile version of the awards’ official website from Thursday while the PC version of the website can be accessed from Friday.

The annual awards ceremony, which began in 1986, recognizes achievements in the category of physical and online album releases from November 2019 to November of this year.

Only the popularity poll will be voted on 100 percent online by the public, while the rest of the awards will be decided by the official judges for this year’s event.

The ceremony for the 35th Golden Disc Awards will be held online due to the pandemic for two days on Jan. 9 and 10. It will be broadcast live on JTBC.