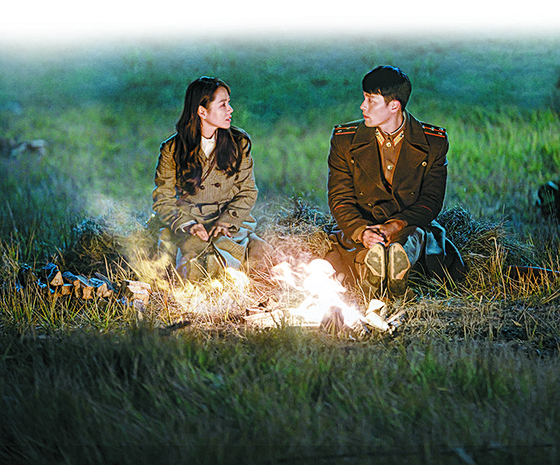 
As soon as I arrived in Tokyo, I became a fan of Hyun Bin, thanks to the two-week quarantine after arrival. I logged into Netflix to keep myself entertained during isolation and “Crash Landing on You” was recommended as the most-watched content in Japan. I heard the Japanese foreign minister also watched it, so I began the series.

I quickly fell for it and cried over lines like, “How about we live today as if we will meet tomorrow? How about living the day with joy?” When I told a co-worker that I finished the series, she told me, “You are ready to serve as a Tokyo correspondent.”

The two countries are so close on Netflix, but it took me five months to come to Japan. I was scheduled to be posted in July, but the Covid-19 pandemic led to an entry ban and I could not travel.

Japan may have been sentimentally distant but was physically close. But now, it seems to be a faraway country. The Korea-Japan relations that alternated between light and shadow have long been tangled. When my posting was decided, more people expressed concern rather than congratulating me.

In retrospect, I am a creature made by good Korea-Japan relations. In 1998, President Kim Dae-jung said not to fear opening doors to Japanese pop culture and I began to recklessly consume Japanese content without fear and became interested. I studied in Japan from 2010 to 2011, shortly before former President Lee Myung-bak’s Dokdo visit froze Korea-Japan relations.

Those were the days when Japanese students in uniform struck up conversations and asked me if I was a Korean on the subway, thanks to the second Korean Wave created by TVXQ and Kara. As the mood changed in the meantime, my friends in Japan claimed that they were cautious to read Korean sites on their phones on the subway.

A week after the end of my quarantine, I still cannot feel the changed atmosphere. An earthquake with a magnitude of three welcomed me. A few days later, I met a real estate agent who said it had been a while since an earthquake could be felt in Tokyo and asked me if I was surprised. I said, “I was in Japan at the time of the March 11 Tohoku earthquake.” The agent responded, “Really? Earthquakes may be following you.” I could have uttered, “Excuse me, we only just met for the first time,” but as my Japanese was not rolling off my tongue, I had to smile awkwardly.

Meanwhile, I started to feel changes in Korea-Japan relations. As the Japanese prime minister and U.S. president are both changing, politicians in Seoul and Tokyo are secretly visiting each other. I heard the Korean and Japanese ambassadors are soon to be replaced.

I have a groundless hope that “good Korea-Japan relations” may be following me. I want to trust Hyun Bin for now.

Putting strained relations back on track

Your prime minister, my president (KOR)