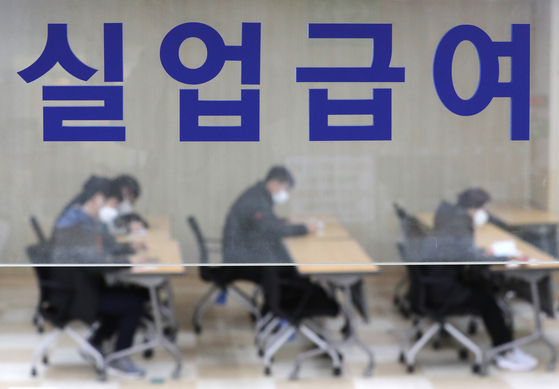 Work Plus Center in Jung District, central Seoul, is crowded with people looking for job opportunities on Nov. 11. [NEWS1]


Koreans are underpaid, stuck at home and awash in trash as the pandemic tests the country, early statistics suggest, while trains and buses are running with fewer passengers.

In a recent report, Statistics Korea detailed major trends in 2020, including changes in job opportunities, consumption patterns and education. Most of the statistics are from very early in the year, but they do provide some indication of a society quickly adjusting to adversity.

According to the report, only 50.3 percent of office workers are paid as much as they were before the outbreak, while 26.7 percent experienced a drop in earnings and 14 percent are taking unpaid leave. Roughly 9 percent said they have lost their job due to the coronavirus pandemic. The answers were collected in May by professor You Myoung-soon of Seoul National University’s Graduate School of Public Health.

Kim Kyung-keun, a professor of education at Korea University, conducted a study on the education sector in April and found students dissatisfied with online classes. 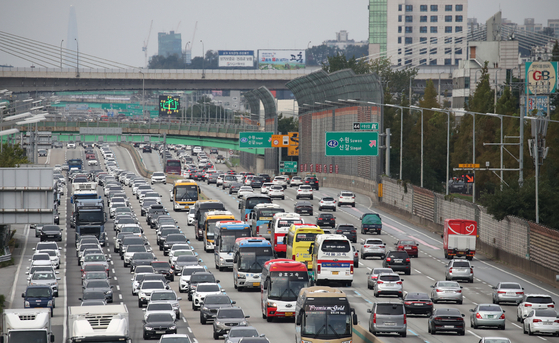 Cars are jammed on the Gyeongbu Expressway — connecting Seoul and Busan — near Yongin, Gyeonggi, on Oct. 4, the last day of this year’s Chuseok holiday. [NEWS1]


Online courses had removed their opportunity to build relationships with their fellow students, some respondents said.

The Covid-19 pandemic has also brought changes to household waste.

According to a study by Lee So-ra, a researcher at Korea Environment Institute, the amount of disposable cups used in the February-to-March period decreased 31 percent compared to same period a year earlier. Although the government temporarily allowed restaurants and cafes to offer plastic cups amid the concern over virus transmission, fewer people actually visited restaurants or cafes.

According to analysis by Han Sang-jin, a senior researcher at The Korea Transport Institute, and Justin Chang, a professor at Seoul National University’s Graduate School of Environmental Studies, the traffic volume on expressways has been increasing since the coronavirus outbreak. During the fourth week of June, roughly 140,000 cars used city expressways in Seoul, a 0.9 percent increase on year.

“People consider their own vehicles as better options versus public transportation in terms of exposure to the virus,” said Han and Chang in the report.