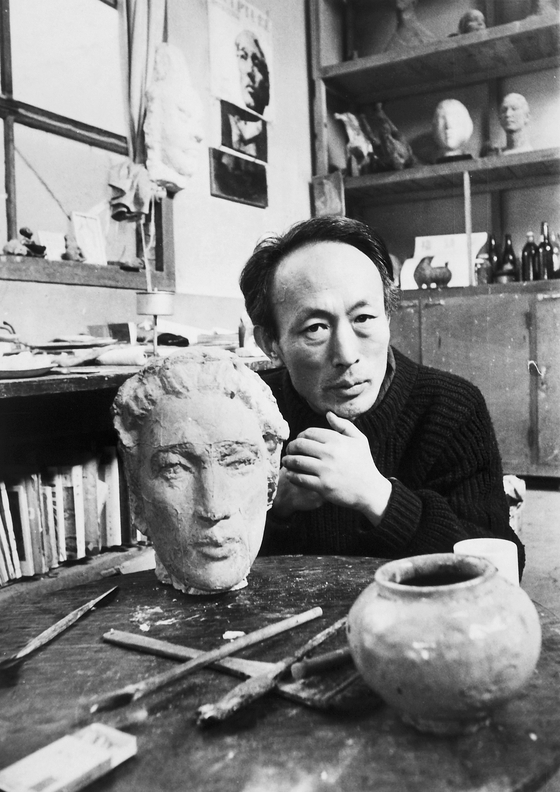 
About 700 artworks created by Kwon Jin-kyu (1922-73), one of the most important sculptors in Korea's modern art history, and kept by his family, had a long and rough journey over the past 16 years on the way to their final home.

The family handed over the works by Kwon to the brewery company Hite in 2004 on the condition that the firm would build a museum dedicated to the artist’s works. However, in 2010, Hite returned the works to the family after giving up on the plan for the museum due to conflicts of opinions with the family among other problems.

In 2015, the family transferred the works to Daeil Mining, a jade mining and processing company in Gangwon, also with an understanding that the company should set up a museum for Kwon. But, as Daeil didn’t keep the promise, the family filed a lawsuit for the return of the works in 2018, which they won last August.

Then, in September, the family announced a plan to donate the works to the Seoul Museum of Art (SeMA). But a large obstacle is hindering that plan.

The Kwon Jin Kyu Commemoration Foundation, operated by the family, has to pay back Daeil the 4 billion won ($3.66 million) that the foundation spent finding Kwon’s works and making additional purchases.

The family decided to put up eight pieces of Kwon’s works for sale at K Auction, one of Korea’s two biggest auction houses. However, they withdrew the pieces several hours before they were supposed to go in front of the gavel on Nov. 25. At the auction, another work by Kwon from a different collector, a terracotta bust titled “Hyejeong,” sold for 180 million won.

“We managed to raise 3 billion of the 4 billion won that we should pay Daeil, by selling our assets and obtaining loans from financial institutions, but have yet to source the remaining 1 billion won,” explained Heo Gyeong-hoe, a nephew of the artist and director of the Kwon Jin Kyu Commemoration Foundation. “To raise the money, we put some of the works up for auction. However, we could not stop asking ourselves whether it was the best way. We decided to seek ways to donate all the 718 pieces that we have, to a public museum without selling any of them.”

Heo added the family has until the end of the year to raise the 1 billion won. 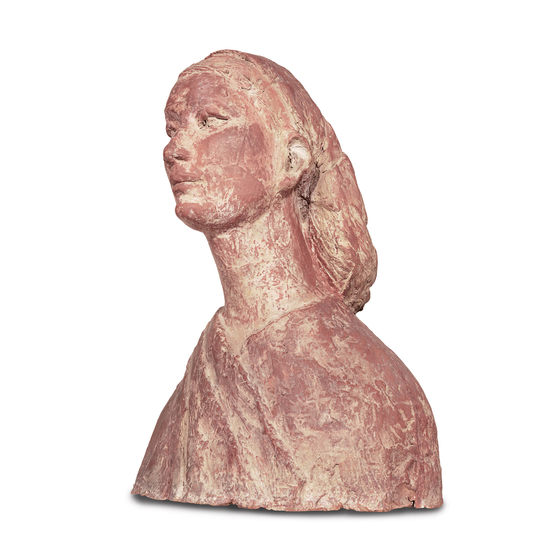 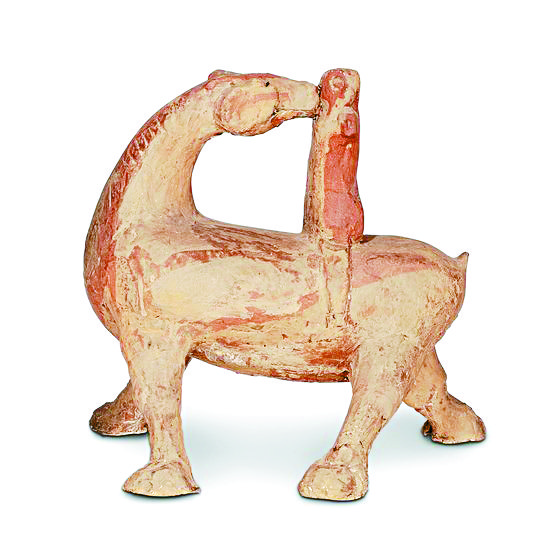 The terracotta bust “Sanggyeong”(1968), top, and the terracotta sculpture “A horse and a boy rider," above, were put up for auction at K Auction on Nov. 25 but were withdrawn a few hours before the start of the sale. [K AUCTION]


Kwon was born in 1922 in Hamheung, a city now in what is known as North Korea. In 1948, he went to Tokyo to study sculpture at Musashino Art School, which is now Musashino Art University. In 1959, he returned to Korea but actively created works in both countries. In 1973, he took his own life at the age of 51.While the reason behind his suicide is unknown, there are several theories, including unrequited love for one of his pupils.

The artist used various materials such as stone, wood, plaster, bronze, terracotta and geonchil (lacquered hemp cloth) but he loved terracotta the most. Fascinated by its texture and colors, Kwon created numerous terracotta heads and busts of his friends, acquaintances and himself.

In an introduction to his retrospective in 2009 at the Deoksu Palace branch of the National Museum of Modern and Contemporary Art (MMCA) in Seoul, the museum wrote, “In these busts, the head and the part below the neck are boldly simplified and the overall images are of elongation and leanness... What he wanted to achieve was the appearance of the most pure soul... The steady, open eyes penetrate into truth.”

Ryu Ji-yeon, curator of the MMCA, said, “In the 1960s, most Korean sculptures were monotonous imitations and modifications of Western human body sculptures. Then, Kwon Jin-kyu endowed Korean sculptures with concrete contexts and substances.” Art critic Choi Youl said, “Kwon Jin-kyu is an artist that changed the history of not only Korean but also East Asian sculpture art.”

Musashino Art University, on its 80th anniversary in 2009, designated Kwon as the alumnus that made the largest artistic achievement and held his retrospective at the university’s museum and the National Museum of Modern Art in Tokyo. 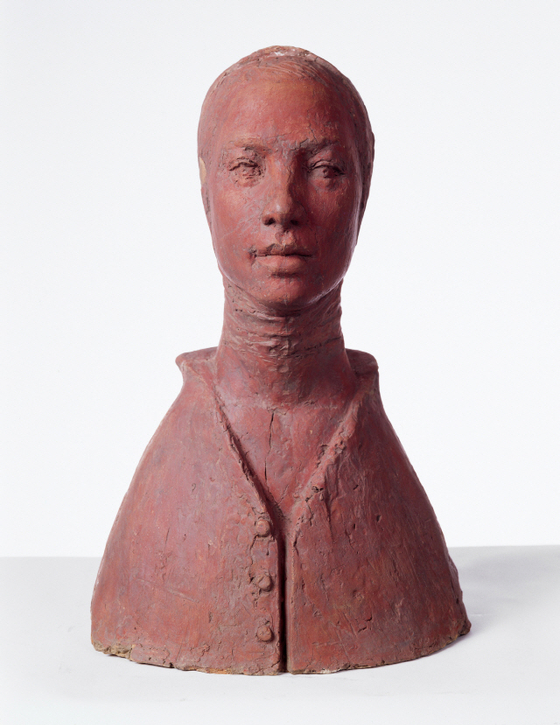 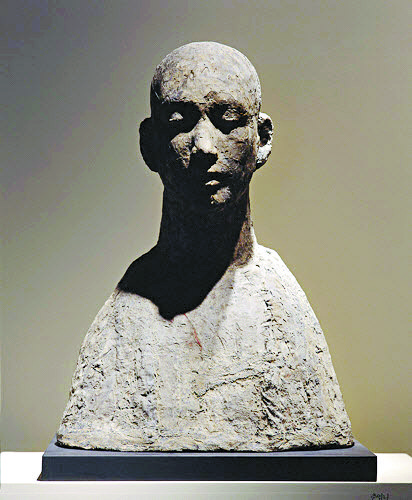 Once Kwon's works are donated to SeMA, the municipal museum will start a permanent exhibition at its Nam-Seoul (southern Seoul) branch in Gwanak District in the first half of next year. “Our annual budget for purchase of artwork is only 1.6 billion won,” said Baik Ji-sook, director of the museum. “We feel really sorry that we cannot afford to pay the family for such a large-scale donation of works by such an important sculptor in the history of Korean art.”

“I will do my best so that research on and exhibitions of the works can be actively conducted,” she added.

When asked for a comment, Yun Bummo, director of the MMCA, said he was not in the position to make a remark because Kwon’s family is already in talks with SeMA about the donation. “But I can say this clearly — the works by Kwon Jin-kyu are an asset of the Korean people. It is a big tragedy in the modern history of Korean art that his works are wandering to find a home.”

“It must have been difficult work for the family to secure more than 700 pieces of Kwon’s works. I’d like to express my appreciation of the family’s great efforts to form and maintain the collection,” said an art expert, who asked to remain anonymous. “If Kwon were a Japanese artist, a public institution would have already bought the collection. The Korean art world should feel shame that there are difficulties finding the collection a home. Someone should purchase the entire collection and show it to the public, if it is a company or a public institution.”

While the ideal result would be for a philanthropist to purchase the entire collection from the Kwon Jin Kyu Commemoration Foundation for 4 billion won and donate it to a public museum, many experts say that is unlikely. "It seems to be unrealistic, because 4 billion won is not a small sum and everybody’s economic conditions have deteriorated amid the Covid-19 pandemic,” said art critic Cho Eun-jung, who was the art director of the 2020 Yeosu International Art Festival.

“It will be more realistic for the family to sell some profitable works [to come up with the 1 billion won] and then donate their collection,” another art expert said.

“It is my only hope that the entire collection of about 700 works will be preserved and exhibited in one public art museum, instead of being scattered,” Heo of the Kwon Jin Kyu Foundation said. “The 100th birthday of Kwon Jin-kyu will fall in 2022. It would be bliss to see a retrospective in celebration of the 100th birthday, which reviews the oeuvre of the artist in depth.”