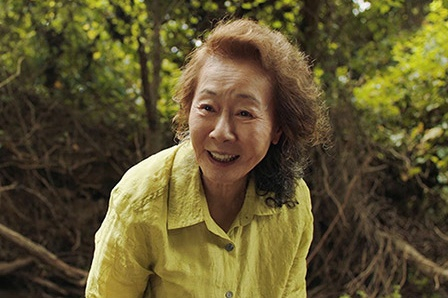 Director Bong Joon-ho’s “Parasite” (2019) which received four Oscars at the Academy Awards this year, also received Best Director and Best Foreign Language Film from the organization, raising anticipation for the possibility of an Oscar nomination for "Minari."

Actor Yoon Yuh-jung also took Best Supporting Actress at the Sunset Film Circle earlier this month, winning over highly competitive nominees such as Amy Adams from “Hillbilly Elegy,” Amanda Seyfried from “Mank” and Olivia Colman from “The Father,” all of whom are listed as highly probable nominees for the 2021 Academy Awards.

The film was also singled out as “The 10 Best Movies of 2020” by American culture and fashion magazine Vanity Fair.

“Minari” is the semi-autobiographical tale of director Chung. The drama is about a family of South Korean immigrants chasing the American dream, who try to adapt in the rural suburbs of America during the 1980s.