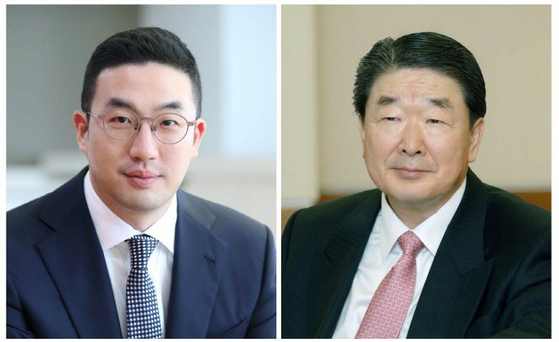 
Whitebox Advisors has challenged a plan for LG Corporation to spin off a number of its businesses, saying that the move is designed to benefit certain individuals and would hurt the interests of shareholders.

LG Corporation said late last month that it will be shifting its ownership stakes in four companies and placing them under a separate corporate entity, which will be run by a relative of the corporation’s chairman.

“The transaction appears to have been conceived primarily to transfer assets (at a discount to market value),” the Minneapolis, Minnesota-based fund said in a statement released Tuesday.

The new group would have a new name and be run by Koo Bon-joon, the uncle of LG Corporation Chairman Koo Kwang-mo.

The U.S. fund said in its letter that the maneuver would shift 2 percent of the company’s net assets and 9 percent of its 1.8 trillion won ($1.6 billion) in cash. They also objected to how the restructuring was designed to benefit a family member.

“We are deeply dismayed that the purported rationale for this transaction is to support Koo Bon-joon in developing his own business group, like others in his family,” it said in the statement. The company said it tried to engage the board directly, but the board refused to engage the fund.

Simon Waxley, a former managing director of Elliott Management and head of equity arbitrage at Whitebox, is the lead on the fund's investment in LG Corporation.

It is not clear how much Whitebox owns in the Korean company. The fund did not disclose the information in its press release, and there is no sign of its stake on the repository of corporate filings run by the Financial Supervisory Service (FSS).

The Financial Times reports the ownership stake at about 1 percent.

A number of demands were made by the fund.

It wants the spinoff to be abandoned and measures put into place to address the poor performance of the company’s stock.

It also wants a “Corporate Governance Committee — comprised of unconflicted directors with minority shareholder representation, to assess material corporate actions and related party transactions to ensure all shareholders are treated equally and fairly.”

“The decision to proceed with the spinoff reflects poorly on LG’s corporate governance. Despite clearly favorable alternatives, the Board has unanimously approved a plan that, in our view, sacrifices minority shareholder return in order to resolve a family succession issue,” it said.

A resolution on the spinoff will be on the agenda for the March 26 shareholder meeting.

Shares of LG Corporation have fallen more than 50 percent since late 2015.