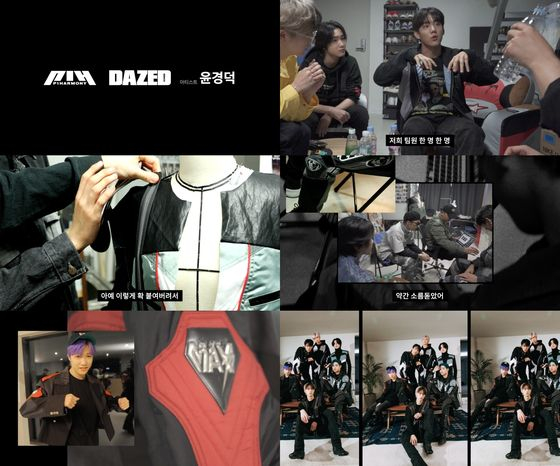 The band teamed up with designer Yoon Kyung-duk and fashion magazine Dazed, and designed costumes to match the style of the upcoming single "Breakthrough (Full Version)."

P1Harmony and fashion magazine Dazed also released a video titled “Mix Harmony" on their official YouTube channels on Monday that features the members collaborating with fashion designer Yoon of the clothing brand I4P to design the costumes.

The costumes completed through the collaboration will be revealed in the January 2021 issue of Dazed.

The full video featuring the collaboration process along with the single "Breakthrough (Full Version)" will be released on Dec. 29.