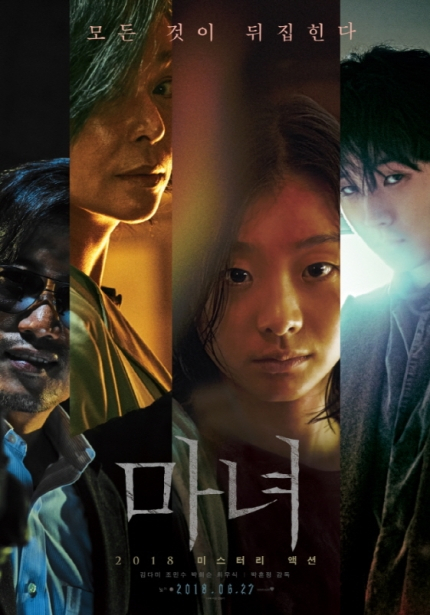 The official poster for “The Witch: Part 1. The Subversion.” [WARNER BROS. KOREA]


Rookie actor Shin Si-ah has landed the lead role in “The Witch 2,” a sequel to director Park Hoon-jung’s action thriller film “The Witch: Part 1. The Subversion” (2018), according to the film industry on Tuesday.

Shin began auditioning for the role last summer, beating 1,408 others.

All eyes will be on Shin to see whether can she follow the success of actor Kim Da-mi, who rose to stardom after playing the main character in the first film.

“The Witch: Part 1. The Subversion,” which garnered an audience of 3.18 million, is a story about an ordinary girl who starts to find about the secrets of the past after being chased by an unknown man.

Originally, director Park began preparing for the sequel in August, but the production was almost canceled when Warner Bros. Korea decided to withdraw its Korean film business. However, earlier this month the Korean Film Council announced the movie will be produced in partnership with film production company Next Entertainment World.

The sequel will also star actors Kim and Cho Min-soo from “The Witch: Part 1. The Subversion,” and actors Park Eun-bin and Lee Jong-suk.