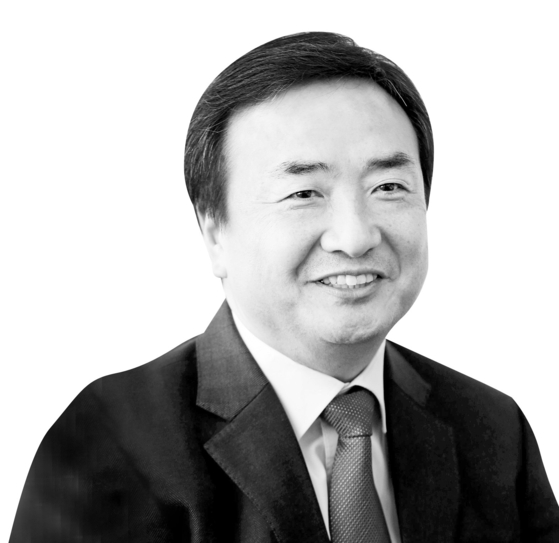 Kim Jin-kook
The author is a senior columnist of the JoongAng Ilbo.


Democracy has a thousand faces. All politicians promote democracy, but they don’t always mean what we think. Democracy is also fragile. It easily changes.

As democracy in the United States has been shaken, countries that have followed the standard of America are facing a larger risk. In an era in which truth and lies are mixed up, democracy is losing its identity. That is not confined to a few extremists. Mainstream groups, each claiming they are the majority, are confronting one another and destroying the very foundations of democracy.

The Taliban, Red Guards and Boko Haram Islamist group rose to power with public support. The Taliban expanded its influence by promoting extreme nationalism and Islamic fundamentalism to the people of Afghanistan, who have long suffered from the oppression of outside forces. But their political and religious trials destroyed people’s lives. The Red Guards in China and Boko Haram group in Nigeria also oppressed young students with fundamentalism when their people were pained by famines.

Voting is often considered omnipotent in a democracy. A majority decision is forced upon the people. Korea is no exception today because the majority is seen as good while minority is seen as evil. Is this true? Even the dictatorship of Park Chung Hee claimed to promote democracy. He would have called it “K-democracy” similar to K-pop.

When strongman Park held a referendum to revise the Constitution in 1972, 91.9 percent of the people voted and 91.5 percent supported it. If so, why did the people resist it soon after? What was the problem when the ruling party “lawfully” expelled the head of the opposition party based on its nearly two-thirds of the seats in the National Assembly? Why did the people in Busan and Masan hold massive demonstrations? Why was the president assassinated by his closest aide, the head of the central intelligence agency?

In a democracy, one vote determines the winner. In our past local elections, if two candidates won the same number of votes, the elder became the winner. A victor can be determined by the rules. And yet, democratic politics do not lead to the absolute rule of majority. The majority cannot decide what’s good and what’s evil. A dictatorship disguised as the rule of a majority is dangerous as legitimate rights of the minority also should be guaranteed.

The “imperial” presidential system becomes a problem here, as there is only one president. If he wins just one more vote, he gets elected. That doesn’t mean he is always right. It does not mean that his faction is always right and the people have to follow their decisions. Although a president is elected as a candidate of a political party, he or she is delegated to run the entire country. That’s why President Moon Jae-in solemnly professed in his inauguration speech, “From today, I will act as president for all the people. Those who did not support me are still my citizens and I will serve them as well.”

In fact, such a promise is hard to keep. He had to make a choice at some point. But he must not treat his critics as evil and instead try to listen to their opinions. One of the largest reasons for criticisms of the Park regime is that it had oppressed critics as “traitors.”

The Park administration lacked the checks and balances of the separation of power — the basis of democracy. The president ruled over the executive, legislative and judicial branches. As that experience is still alive in our minds, the ruling Democratic Party (DP) obsessively follows President Moon Jae-in’s order. The National Assembly speaker, who gave up his DP membership, enthusiastically assists the party now.

The administration tries to control the prosecution and the judiciary. The country continued discussions on amending the constitution to weaken the president’s powers, but the plan was never approved because a ruling party always believes its power will last forever.

Concerns are high that the country will see more corruption when the president’s powers are distributed. All presidents of the country had tragic endings after their terms. The people worry that our politicians will become more corrupt if presidential powers are shared. That is why we need independence of the judiciary and fairness of investigations. Japan operates a cabinet system. In 1976, the special investigation team of the Tokyo prosecution arrested former Prime Minister Kakuei Tanaka, showing that there are no exceptions.

Former President Chun Doo Hwan, condemned for the massacre in Gwangju, actually allowed the largest number of his relatives to face criminal investigations. His younger brother was arrested on charges of embezzlement and his elder brother was arrested on charges of abuse of power. His brother-in-law, uncle-in-law and cousins were also arrested for corruption.

During their presidencies, Kim Young-sam and Kim Dae-jung allowed prosecutors to arrest their sons and apologized to the people. No president complained that the prosecution was making his family a political target.

Prosecutors must investigate suspected crimes. It is the job of the court to consider leniency. It is the job of politicians to consider political reconciliation and pardons. When prosecutors start investigating suspects selectively, they will become the Red Guards or the Taliban of the administration. Democracy is not easy. You need compromise and patience. In a democracy, you should put yourself in other people’s shoes.