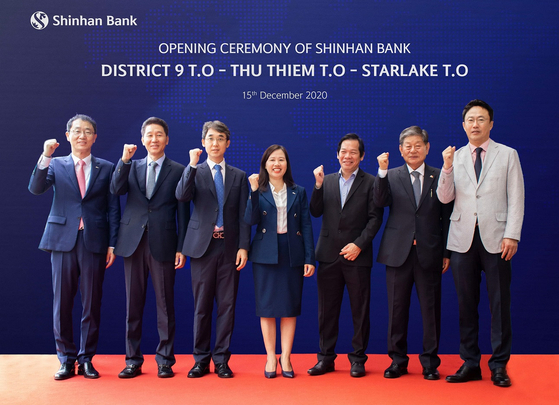 Two branches are located in District 9 and Thu Thiem, Ho Chi Minh City and the other is in Bac Tu Liem, Hanoi.

According to Shinhan Bank Vietnam, the District 9 branch targets customers from the high-tech research complex in the area. The Thu Thiem area is being developed as a financial center for the city. The branch in Hanoi will target customers from Starlake City, a luxury residential and commercial town area under development.

This year alone, Shinhan Bank Vietnam opened five local branches. Currently it has the largest operational network for a foreign bank in Vietnam, with 41 local branches, the bank said.

"To build an operational network enough to compete on par with Vietnamese banks, we plan to add four to five new branches every year," a Shinhan Bank spokesperson said.