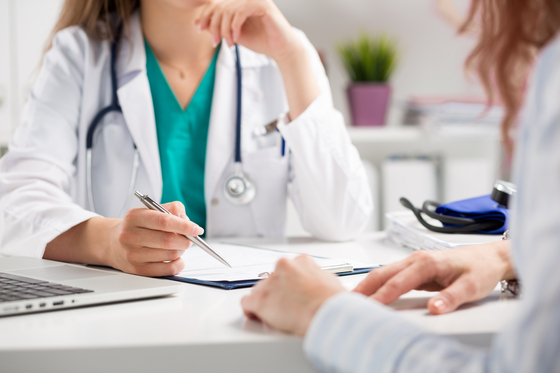 Billings for psychiatric services rose during the pandemic, while those of ENT clinics, pediatrics services and general hospitals decreased this year. [SHUTTERSTOCK]


The pandemic has been terrible for the economy, but some industries have benefitted — and for unexpected reasons.

Hana Bank's Hana Institute of Finance compared sales data from January to October to the year before based on the credit and debit card transactions for 230 types of businesses and detailed its findings in a report released Wednesday.

The medical industry saw the biggest variations among specialties. Billings for psychiatric services rose 14 percent on year due to the rise in people combatting the coronavirus blues, or depression from the prolonged coronavirus outbreak.

Eye clinics’ billings rose by 24 percent, and there was a 10 percent bump in billings by cosmetic surgery hospitals and dermatology clinics. With people spending more time at home, they are electing to get more aesthetic procedures and surgeries, which typically take time to recover from.

But billings at ENT (ear, nose and throat) clinics decreased by 11 percent, and pediatrics services saw a 10 percent drop. General hospitals’ billings went down by 6 percent, and oriental medicine clinics saw a 2 percent drop. The pandemic has discouraged people from visiting hospitals except for special circumstances. In addition, there has been a decrease in people getting sick with the common cold or flu because they are wearing masks and washing their hands regularly.

“Due to the effects of social distancing measures, an increased desire by people to use their own vehicles rather than public transportation drove the increase,” said a spokesperson for the Hana Institute of Finance.

For martial arts centers, monthly sales in March, the first wave of the coronavirus, fell 83 percent on year.

Foreign language institutes saw a 56 percent decline in sales last March. Arts and sports education institutes’ sales decreased by 63 percent in March, but in October, the value rose by 7 percent as the college admission test neared.

Changes in the drinking cultures during the pandemic were shown in credit card data. Charges from bars, karaoke bars and bars offering dancing dropped by 13 to 40 percent. In contrast, liquor stores ran up sales that were 35 percent higher than a year earlier, as drinking at home became the safer route. In September, when the second wave of the coronavirus was at its peak, liquor stores sales rose by 83 percent.

As people spend more time at home, their interest in interior design has also grown. Sales at furniture stores rose by 25 percent and at interior design stores by 15 percent.