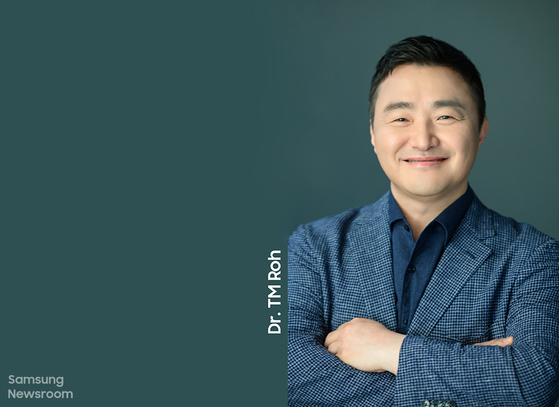 Samsung Electronics continued its cat-and-mouse, selective-hint marketing strategy by offering up some clues seeming to suggest that the Galaxy S21 will include a stylus pen — or not — and that the product will have its debut a month earlier as previously rumored.

The K-pop style rollout seems to be working, as the internet has been lit up with postings for some time saying that the feature found on the Note phablet series will be migrated to the Galaxy S21.

Samsung Electronics declined to confirm any details about the device, but a posting Wednesday on the company’s website had the Samsungologists working overtime.

“We’ve also been paying attention to people’s favorite aspects of the Galaxy Note experience and are excited to add some of its most well-loved features to other devices in our lineup,” said Roh Tae-mun, the Samsung Electronics president in charge of the company’s mobile communications business.

In Samsung’s smartphone lineup, a distinctive feature to the Note phablet series is the stylus pen. There was a time when Note devices were noticeably larger than S. But that’s no longer the case, as the S series, like the previous Galaxy S20+ or S20 Ultra, now offer variations that are on par with the phablet in size.

For the past decade, Galaxy S and Note were Samsung’s two high-end models. But after the success of Galaxy Fold devices since last year, a consolidation of the S and Note has become a possibility, though Samsung Electronics has denied plans to get rid of the Note and insists a 2021 release is under preparation.

“I look forward to sharing more in January!” Roh’s online musing concluded, resulting in a spasm of speculation that the Unpacked event, in which mockups of new phones are introduced, will be a month earlier than the usual February.

Foreign and domestic news outlets have already reported that the next Unpacked date will be Jan. 14 and sales will start at the end of that month, in an attempt to secure market share against the successful iPhone 12 and take ground while Chinese rival Huawei goes through a difficult time due to U.S. sanctions.

Samsung Electronics has been squeezed for a number of years between Apple on one side and the Chinese makers on the other.

In outlining Samsung’s smartphone strategy for 2021, Roh suggested the company is going down market with the foldables, making them “more accessible to everyone.” A big technology focus would be on smarter cameras and video-related features, he added, acknowledging that “the world is creating, sharing and streaming more video than ever.”

“We’ll be rolling out incredible connectivity capabilities that will transform the way you open doors and enable seamlessly integrated car experiences that make personalized car connectivity a part of your digital life,” he wrote.

“We’re also making it easier to quickly locate the things that matter most, from your keys to your wallet — even your family pet.”