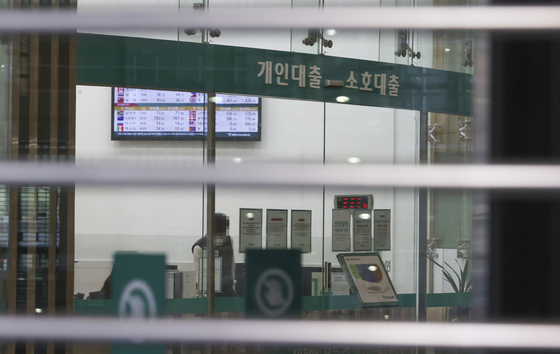 A bank in central Seoul getting ready to open on Tuesday morning. [YONHAP]


Kakao Bank on Thursday announced a temporary halt in the opening of overdraft accounts as major banks limit individual credit lines due to concern about rapidly increasing household debt.

The online-only bank said Thursday it will stop taking applications for overdrafts through Dec. 31.

This won’t affect those who already have an overdraft account, which is for “office workers with high credit ratings.” Those clients will still be able to draw down credit lines.

The halt is being implemented to “control the speed of the lending.”

Starting on Dec. 14, Shinhan Bank credit limits for well-paid clients, like lawyers or doctors, have been dropped to 200 million won ($183,000) from the previous 300 million won. The bank capped overdraft account to 100 million won in October. It didn’t specify when it will lift the limit. Starting Dec. 11, KB Kookmin Bank has capped household loans at 100 million won through the end of the year for offline customers. The rule doesn't apply to online customers.

Financial authorities have requested banks to better manage household credit to prevent those that are taking advantage of low interest rates to purchase real estate property or shares.