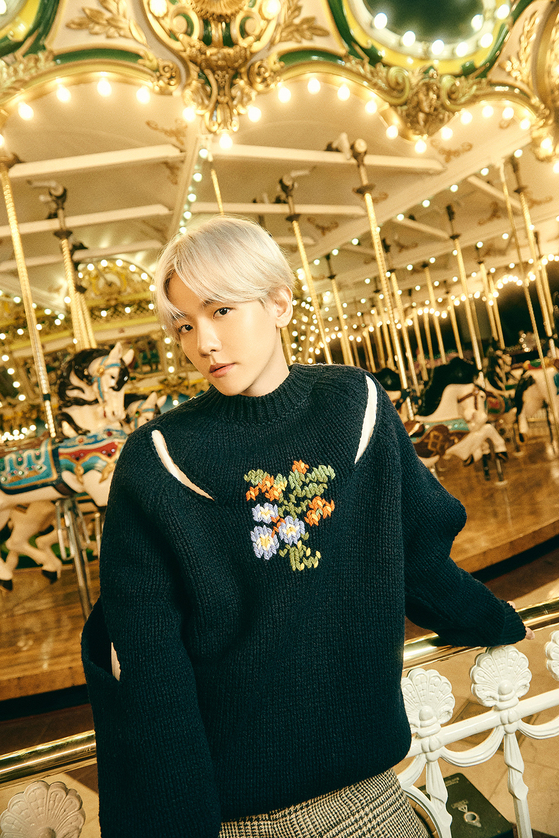 
Baekhyun will drop a new track for his fans to enjoy, his agency SM Entertainment announced on Thursday.

"Baekhyun's new song 'Amusement Park' will drop on Dec. 21 on local and global music sites, and is expected to be welcomed by fans as a special gift," the agency said.

"Amusement Park" will be a medium-tempo R&B song that shows the best of Baekhyun's soulful vocals along with accompanying piano and guitar sounds.

The lyrics express the emotions of a lover using metaphors and symbols from the colorful and dynamic scene of an amusement park.

Baekhyun saw his first million-selling album this year, when his second EP "Delight" sold 1,018,746 copies as of June 30, a month after its release.

It marked the first time for a Korean singer to sell over a million copies as both a soloist and part of a group since Seo Taiji of Seo Taiji and Boys and his solo releases in 1998 and 2000.