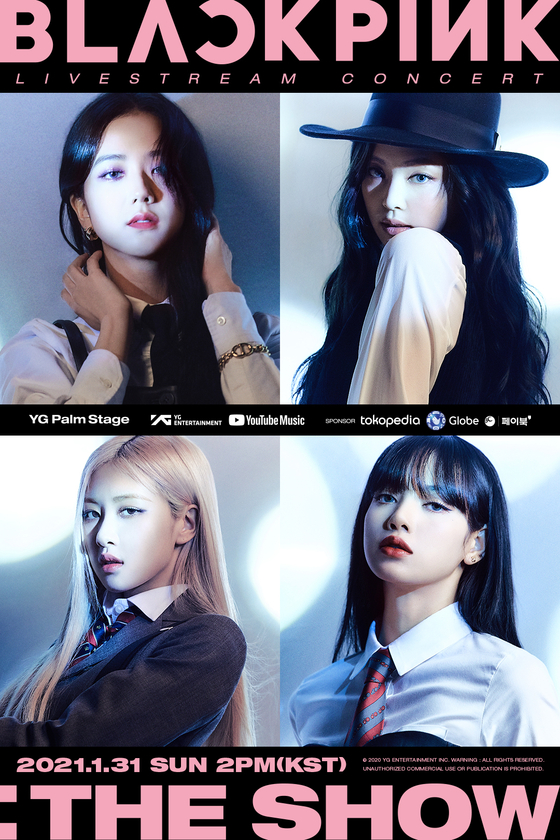 
Girl group Blackpink will push its livestream concert “The Show” to Jan. 31 to abide by the government’s recent social distancing guidelines, its agency YG Entertainment said on Thursday.

According to YG, the Level 2.5 distancing guidelines state that no more than 10 people can gather from Dec. 11 to Dec. 28, making it impossible for the band to put on a concert.

Blackpink and YouTube announced the schedule for a livestreaming concert session to take place on Dec. 27.
“We promise to practice harder and create better performances for fans who have been waiting for us,” the band said through an official press release.

The members also took to the band’s official social media accounts to share the news with fans.

“We wanted to console the people’s hearts, who have been going through hard times for such a long time, but preparing the concert in the healthiest and safest environment for everyone within ‘The Show’ is very important,” the group said.

“We thank the medical staff, who will be giving their best to overcome the pandemic at this very minute. Please stay safe and see you at ‘The Show’ next year.”