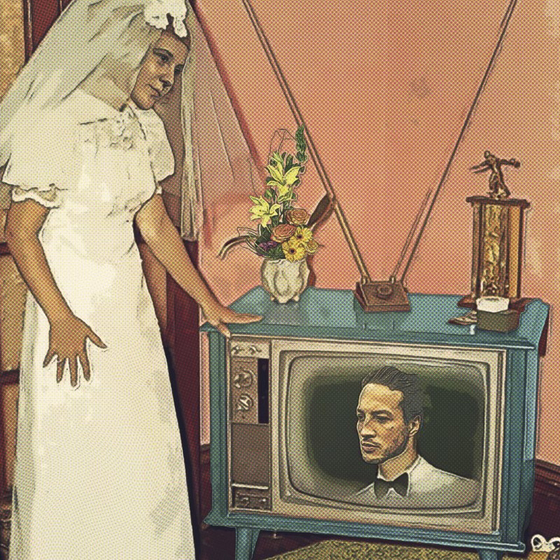 Second cousins Kacy Anderson and Clayton Linthicum emerged from rural Saskatchewan in the past decade as a dynamic traditional folk duo who evoke the Canadian prairie, Appalachia and the Scottish Highlands.

The musical reach extends even farther — to the Southern Hemisphere — on “Plastic Bouquet,” which features a collaboration between Kacy & Clayton and New Zealand singer-songwriter Marlon Williams.

It would be difficult to find another 2020 album featuring three more distinctive instruments — the voices of Anderson and Williams, and Linthicum’s electric guitar. The set was recorded pre-pandemic, and Anderson’s commanding but warm alto blends beautifully with Williams’ equally formidable tenor, the enthusiasm for the partnership apparent as they harmonize and trade solo leads. “Sorry for laughing,” she says before the final song.

Linthicum’s role as lead guitarist is more subtle but evident from the opening bars, an ear-catching swirl of timeless twang, tremolo and idiosyncratic intervals. The songs are short, and guitar geeks would hope Kacy & Clayton make an album someday that really allows him to stretch out.

Linthicum also contributes saloon piano and calliope organ, as well as weepy steel guitar on “Old Fashioned Man,” a country waltz about not dancing. Williams’ influence is especially evident on “Arahura,” a love song to a New Zealand river, and “Light of Love,” which takes Kacy & Clayton into 1960s-style California pop.

Elsewhere the trio also sounds like something from the ’60s — the 1860s. The unique music of Kacy & Clayton and Marlon is rooted in different times and time zones.