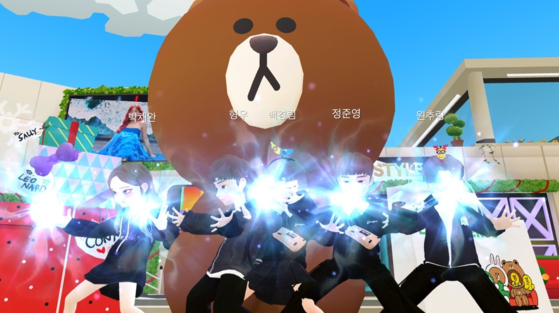 
A new recruit, who has run the recruitment gauntlet to get a job at one of Korea’s most popular employers, is face to face with Brown, a giant virtual bear.

With offices shut and corporations doing their best to achieve a semblance of normality via computer, big tech companies like Naver and Kakao have enlisted chatbots, VR, dancing avatars and cute characters to make the intake process as normal as possible. The companies even sometimes ask humans to get involved.

Kim opened a new MacBook that the company sent him a week ago. Upon opening the link that Kakao sent him earlier, a screen pop-up opened for a live office tour led by a Kakao employee that started working at the company a year ago. The employee introduced every corner of the Kakao headquarters for 30 minutes.

“Even though it was an online training session, it was enough for me to get answers to all my questions about the company and my role,” Kim said.

The labor market in Korea has been generally frozen since March, with the employed population on a decline for nine consecutive months, but IT companies like Naver, Kakao and NHN have been aggressively hiring this year as the online economy has boomed due to work and study at home.

Online training is used not only to get employees up to speed, but also to give them a sense of belonging even though they are working at home. 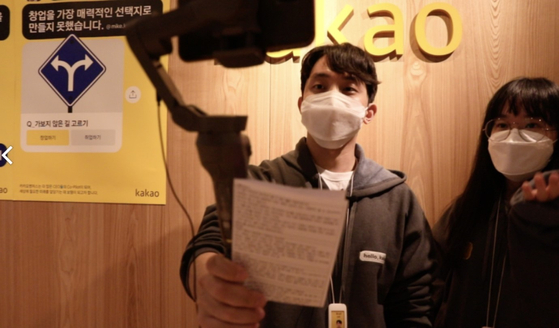 Developers at Kakao conduct a virtual office tour for new employees at its headquarters in Pangyo Techno Valley in Gyeonggi in November. [KAKAO]


For Kakao, now all training is virtual, and this year’s intake is the first to be welcomed by a chatbot.

“I liked that the chatbot provided me with constant reminders that I was a new member to the team through various messages every day,” said Shim Hyo-bin, a 25-year-old who will soon join Kakao.

A developer hired by Naver in November has been working from home since his first day due to the coronavirus pandemic. He has yet to meet the other first-year colleagues but has gotten to know them through the “Zepeto mission,” which Naver has integrated in its program for developers. The mission involves the Zepeto app, which is an augmented reality (AR) avatar app Naver subsidiary Snow developed. In the AR space, the new employees completed their missions given by the company by taking snapshots and playing games. Lee is planning on meeting his class offline when the pandemic situation improves.

Naver is planning on creating an AR version of its headquarters, the Green Factory, on Zepeto next year, so that the new employees can tour the office online.

NHN, a major cloud operator and gaming outlet, is currently hiring. It will hold its welcome event online next year. The “welcome night,” which used to take place at dinner for getting to know the new hires, was replaced with a welcome lunch. The lunch took place through a video call, with food purchased by the company with delivery apps. 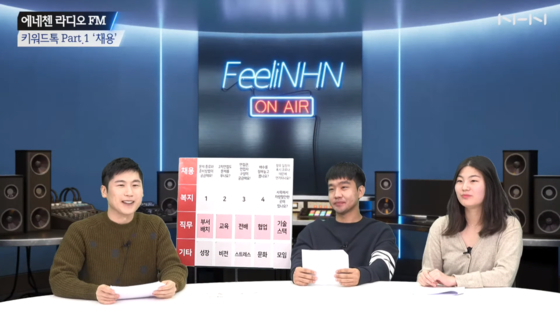 NHN held an information session online for interviewees in the format of a radio broadcast. [NHN]


A lesson about communication was added to the training program in order to explain the protocol around issues that can emerge while working from home and communicating through emails and messengers.

The company will give all new employees webcams and hold get-togethers and missions with prizes for participants in order to prevent a low participation rate.