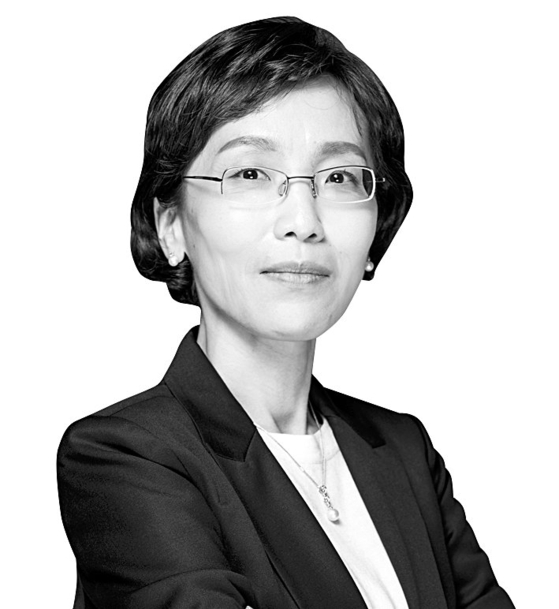 The author is head of the economic policy team at the JoongAng Ilbo.


The letters V, U, W and L are all used to refer to the kind of recovery an economy experiences after a recession or slowdown. A V-shaped curve is most desired as it means a sharp rebound to pre-recession levels. In a U-shaped curve, a recovery is more gradual and slow. A W-shaped curve shows a double dip before a recovery. The gloomiest scenario is an L-shaped recovery where an economy remains in a lackluster state such as Japan during its so-called lost decades.

Since the havoc from the Covid-19 pandemic, the letter K has been added to the recovery graph. A K-shaped recovery refers to certain sectors going up while others decline. It underscores potential disparities of growth in the wake of the pandemic. The shape could reveal differences in classes, industries and even countries.

The K-shape also can represent a “vaccine divide” that has begun to appear on the global map after Britain and United States started vaccinating people. Other countries that have not secured vaccines are left helplessly anxious and envious. South Korea is among the unfortunate after nonchalantly staying aloof in the heated vaccine race.

The Wall Street Journal last month reported how laid-back Korea was in vaccine procurement, unlike other governments. It quoted Health Minister Park Neung-hoo, who said the Korean government wasn’t rushing to sign vaccine contracts with suppliers though it was “approached by vaccine makers” from around the world. He claimed the government could wait until prices fall to reasonable levels. 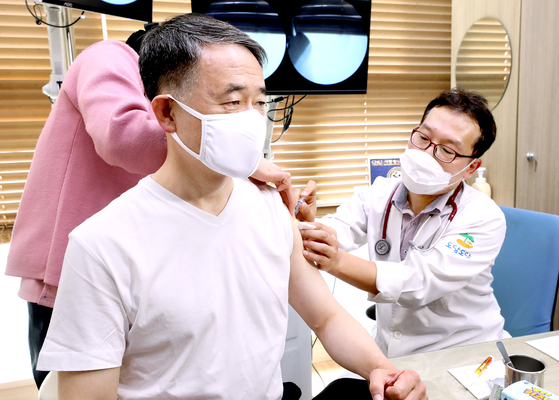 Health Minister Park Neung-hoo gets a flu shot in a hospital in Seoul on Oct. 27. [NEWS1]


This attitude originated in Korea’s relative success in controlling the virus spread. As South Korea has contained the virus better than America and European countries, it can wait until it can confirm the effectiveness of Covid-19 vaccines, the health minister said. The government explained that procurement of vaccines that have not proven efficacy and safety could heighten uncertainties. Until early November, daily cases in Korea stayed between 300 to 400.

But circumstances worsened quickly. After daily cases rose to 1,030 on Dec. 12, the number has since stayed above 1,000 for five days in a row. According to a projection by the Institute for Health Metrics and Evaluation at the University of Washington, daily counts in Korea could reach 4,987 by March 16.

Aside from a crucial dearth of vaccines, the government faces an uphill battle against the virus. Authorities entirely lacked contingency plans for a third wave despite repeated warnings. Hospital beds, equipment and medical professionals are all in short supply. Patients have died due to a lack of hospital beds.

Korea’s mitigation success was the result of public cooperation in social distancing, as well as skilled and devoted medical professionals. But Korea has become the boastful rabbit who lost a race with a tortoise. In a briefing in September, Jung Eun-kyeong, head of the Korea Disease Control and Prevention Agency, said that face masks were the vaccine and safety belt against the novel virus without a sure cure. But unfortunately, Koreans must rely on masks for a longer period of time to protect themselves from the virus.