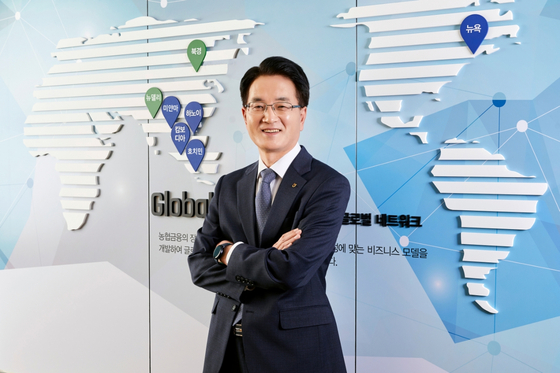 NongHyup Bank CEO Son Byung-hwan, who has been recommended as the chairman candidate of NongHyup Financial Group. [NONGHYUP BANK]

Son is the sole candidate put forward by an executive recommendation committee.

The chairman position at NongHyup Financial Group, a financial holding company, has been vacant since former Chairman Kim Gwang-soo resigned last month to become chairman of the Korea Federation of Banks.

It will be the second time the financial group has filled the chairman seat internally, if Son is inaugurated. The group was led mostly by former government officials.

The company said it chose Son as a candidate as he already has deep understanding of the business and expertise in digital technologies.

The election will be completed following a shareholders' meeting.

Son's term as chairman will begin from the beginning of next year and last for two years.