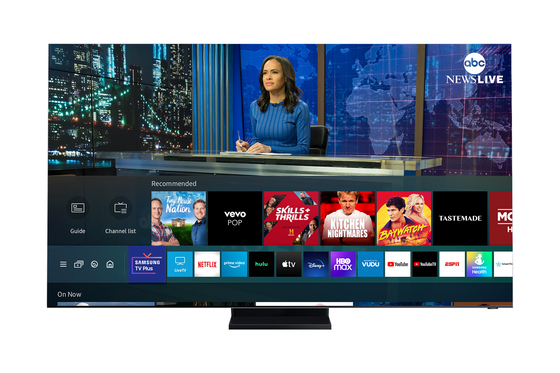 
Samsung Electronics will expand its over-the-top (OTT) service Samsung TV Plus to 24 countries next year in an attempt to make it a “global content platform,” the company said Tuesday.

The video service is currently available in 12 countries, with the recent addition of Brazil and Australia. Mexico, India, Sweden and more countries in Europe are among the markets where Samsung plans to roll out the service in 2021.

Samsung TV Plus is a video streaming service available on the electronics maker’s smart TVs. It launched in 2015 in Korea as a free service and has been offered as a pre-installed feature on Samsung smart TVs since 2016. It won the CES 2021 Innovation Award for streaming.

The service currently has more than 15 million active users, the company said.

As part of its push to expand next year, Samsung said it will also work to add top-tier channels and content on the video platform. It currently offers more than 742 channels worldwide and is partnered with around 300 content suppliers including leading broadcast networks.

In the United States, Samsung TV Plus is also available on the latest Galaxy devices including the Galaxy S10, Note10, S20 and Note20 from September, bringing it in line with larger OTT services like Netflix. The company said that the number of Galaxy devices that offer the video service will be expanded as well in the coming months.

“Throughout the pandemic, we have seen how consumers spend time at home and how much they value access to great media content,” said Han Sang-sook, senior vice president of Samsung Electronics’ visual display business.

“We have seen TVs become the center of entertainment — from being a source of news to a streaming on-demand partner. With our latest expansion into new markets and content line-up, we hope that TV Plus continues to be a premium at-home destination for Samsung Smart TV users all over the world.”