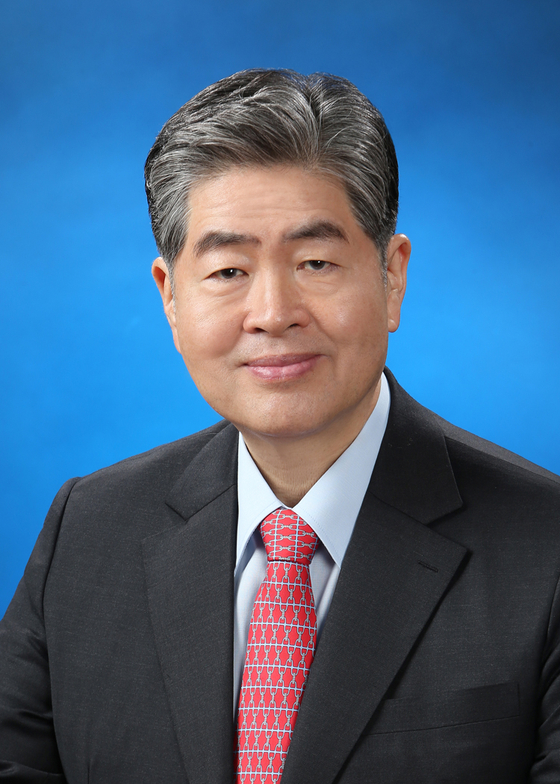 
Daesung Group Chairman Younghoon David Kim on Tuesday was awarded the highest honor this year by the Ministry of Trade, Industry and Energy for his contribution to the promotion and development of eco-friendly energy businesses.

During the Korea Energy Award, which was held at the Grand InterContinental Seoul Parnas Hotel, the government awarded Chairman Kim the Order of Industrial Service Merit, Silver Tower class.

According to the government, Kim was recognized for being the first in Korea to install a Community Energy System (CES) for residential districts that improved the energy efficiency by 80 percent. He was also recognized for actively engaging in environment-friendly energy projects, including landfill gas-to-energy projects.

Kim was noted for his success in bringing the World Energy Congress, the biggest global energy gathering, to Daegu in 2013.

Kim is not only the honorary chair of the World Energy Council but also a member of the government’s senior advisory committee on national energy policy.

“It is a great honor to receive it, and I would like to share this honor with all the people who have supported me throughout my career,” Chairman Kim said. “Korea will continue to be a country that leads the development of the energy industry and in overcoming global climate change through a successful energy transition. To that end, I will continue to unceasingly devote all my efforts.”

Including Kim, the government recognized 110 people for their contributions to the nation’s energy businesses.