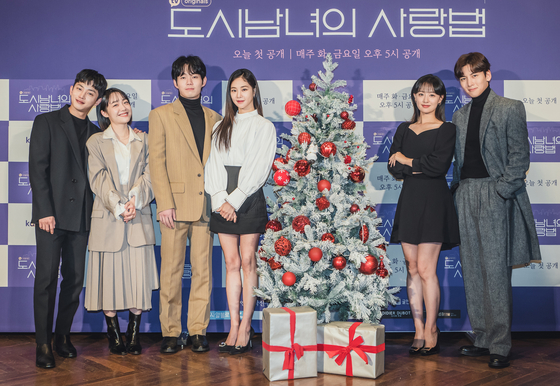 From left, actors Kim Min-seok, So Joo-yeon, Ryu Kyung-soo, Han Ji-eun, Kim Ji-won and Ji Chang-wook pose for the camera during an online press event for the new Kakao TV original drama series "Lovestruck in the City" on Tuesday before the release of the first episode on the same day. Directed by Park Shin-woo, "Lovestruck in the City" is a romance drama that depicts young couples living in a busy city. The series will also be available worldwide through Netflix. [KAKAO M]