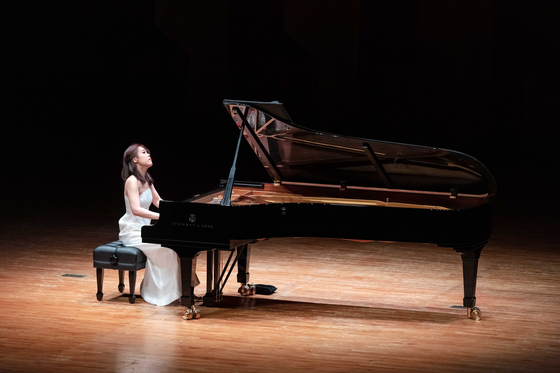 According to the festival organizers, Son will not only perform live, but also engage in a live chat with the audience.

"It's a shame that we could not invite fans of the Pyeongchang Music Festival to the venue this year, but we'll try to make this concert joyful and turn it into a merry year-end classical music concert," she said.

The concert will be available for free.

The concert will begin at 7 p.m.

Dec. 26-27: Kim Jun-su, also known as Xia, will be holding another online concert, showcasing songs not only from his albums but also musical numbers from shows he has starred in. The singer is celebrating the 10th anniversary of his musical debut, which was in "Mozart!" Kim also recently starred in "Dracula: The Musical."

Xia has been staging year-end concerts under the theme "Ballad and Musical Concert with Orchestra" since 2012.
The concert begins at 6 p.m. on Saturday and at 5 p.m. on Sunday.

One-day tickets cost 55,000 won ($50) while those who wish to watch both shows can purchase a two-day ticket, which costs 105,000 won. For those outside Korea, tickets are available on Interpark Ticket's global page.

Dec. 27: Girl group Apink will be holding a online concert. According to the girls' agency, PlayM Entertainment, the concert will be an opportunity to look back on 2020 with Apink as the members will be showcasing songs they released this year as a group, including their EP "Look," as well as various solo activities.

English subtitles will be provided for the upcoming concert.

The link for the concert will be sent to ticket purchasers three days before the show.

Tickets cost 33,000 won. For those outside Korea, tickets are available on Interpark Ticket's global page.

Through Jan. 17: The original French production team of the musical "Notre Dame de Paris" has arrived in Seoul for the first time in five years to mark the 20th anniversary of the musical being staged in France. 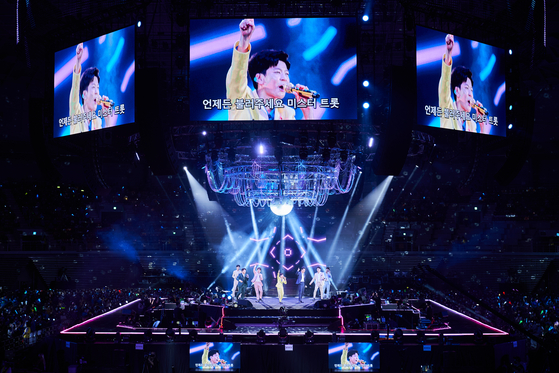 Mr. Trot concert will make two more stops from next month, one in Daegu in January and the other in Ilsan, Gyeonggi, in February, before wrapping up its tour across the country. [SHOW PLAY]


Feb. 5-7: The popular "Mr. Trot" tour that came to a halt amid the hike in coronavirus cases in the country will resume next month, making one stop in Daegu and finishing in Ilsan, Gyeonggi, in February.

The top six singers of the trot competition show that aired on a cable channel TV Chosun will take the stage for the concert while the other 12 contestants will take turns to appear at venues in different cities as special guests.

The program includes "Do you want to build a Snowman?" (2013) a popular number in the film followed by Chopin's "Grand Valse Brillante in E-flat Major op. 18."

Then a track from "Beauty and the Beast" will be performed, followed by Chopin's "Prelude in D-flat Major op. 28 no. 15 Raindrop."

To help audience members understand the concert better, pianist Song Young-min, who will also play the piano during the concert, will deliver commentaries between each work.

Jan. 29-31: Rock band Jaurim, which was planning to hold a concert last month, has postponed it to next month. Currently composed of singer Kim Yoon-ah, bassist Kim Jin-man and guitarist Lee Sun-kyu, the trio has released an EP this year titled "HOLA!" 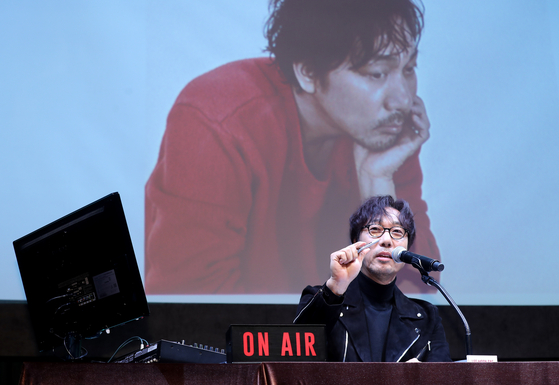 
March 26 - May 1: Veteran singer Lee Moon-sae will resume his tour across the country that has came to a halt following a spike in Covid-19 cases in the country from March. Starting from Jeonju in North Jeolla, the singer will stop in three more cities, Chuncheon, Gangwon; Busan; and Gimhae, South Gyeongsang.

Lee, who rose to prominence in 1985 with "I Don't Know Yet," has released multiple hit singles and set a trend for Korean ballad songs. Since then he has released 16 albums, multiple singles and has made a slew of appearances on entertainment programs and variety shows such as MBC's "Golden Fishery" in 2008, KBS2's "2 Days & 1 Night" in 2013 and JTBC's "Please Take Care of My Refrigerator" in 2015.

His latest full-length album "Between Us," was dropped in 2018.