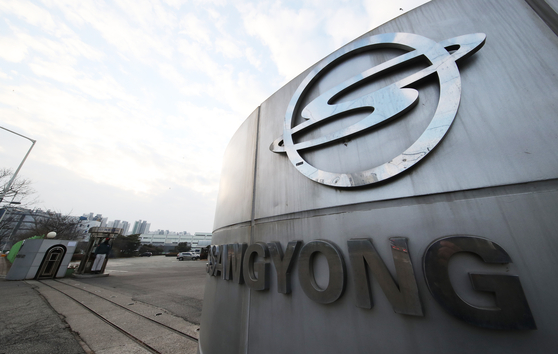 The entrance of SsangYong Motor's Pyeongtaek factory in Gyeonggi. [YONHAP]


SsangYong Motor, which recently filed for court receivership due to a severe liquidity crunch, will suspend the operation of its Pyeongtaek factory after its suppliers refused to deliver parts.

The Pyeongtaek factory in Gyeonggi accounts for 86.54 percent, or 3.1 trillion won, of the automaker’s yearly sales.

“With the disruption of auto parts delivery, production will be suspended,” the company said in a regulatory filing posted Wednesday.

Production will be suspended for two days on Dec. 24 and Dec. 28, but the scheduled resumption could change depending on the situation, the filing read.

Hyundai Mobis, LG Hausys and S&T Dynamics are among the multiple parts suppliers that have suspended deliveries to SsangYong Motor.

“Reflecting on the 2009 crisis, the suppliers might be thinking that we will not be able to make payments to them, which is why they are refusing to supply the parts,” a SsangYong Motor spokesman said.

Back in 2009, the Korean automaker went through a similar process where it filed for court receivership before Mahindra & Mahindra stepped forward to acquire the beleaguered company the next year.

The missing parts include headlamps and bumpers.

It also applied for what’s called autonomous restructuring support (ARS) with the court on the same day, which holds off the receivership process by a maximum of three months to earn the troubled company more time to negotiate with creditors and potential investors.

Trading of SsangYong Motor shares has been suspended since Dec. 21.