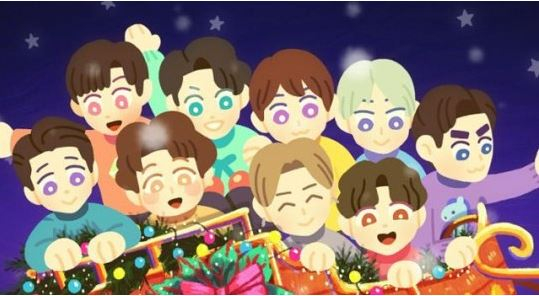 The group’s agency Label SJ revealed a cute teaser image of the group’s Christmas song “Tell Me Baby” early Wednesday morning and said the full song and the song’s animated video will be uploaded at 6 p.m. on various social media channels of both SM Town and Super Junior.

“Tell Me Baby” is also included in the group’s upcoming 10th full-length album “The Renaissance.”

The 10-member boy band, which celebrates their 15th anniversary of debut, was scheduled to drop its 10th full-length album this month, but decided to delay it to January saying they want to “raise the degree of its completion.”

Instead, Label SJ has been releasing several songs from the album.

According to the agency, “Tell Me Baby” has a merry tune that will give listeners butterflies thinking about Christmas that’s just around the corner.