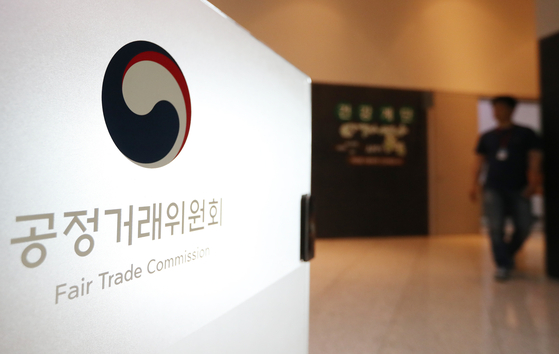 
As of May, 108 companies within 37 conglomerates had been fined a collective 13.1 billion won ($11.9 million) for violating public notification requirements, including major internal business deals among affiliates, according to the Fair Trade Commission (FTC).

The number of companies accused of failing to make proper public notification has shrunk compared to a year ago. In 2019, 130 companies within 38 conglomerates had been fined for the same types of violations. The total amount of fines levied increased this year, however, from 1.08 billion won.

According to the FTC, Lotte Group topped the lists for the number of cases in which it did not properly file a public notification, with 20 incidents. Lotte was fined a total of 79 million won.

Taeyoung Group, which owns the media giant SBS, trailed behind with 19 cases. The group was fined 247 million won.

The fashion and retail giant E-Land Group took third place. In one case, a ski resort owned by E-Land borrowed 970 million won from another E-Land affiliate in August 2019. However, the loan not only failed to meet approval of the board of directors, it was also not publicly noticed.

Harim, a chicken conglomerate, extended a 20-billion-won loan borrowed from the state-owned Korea Development Bank, while putting a plant owned by one of its affiliates up as collateral, and failed to provide proper notification.

Other major conglomerates have committed similar violations. Samsung Group, SK and LG were caught in four cases in which they failed to properly report business dealings, while Hyundai Motor was found to have committed two such violations.