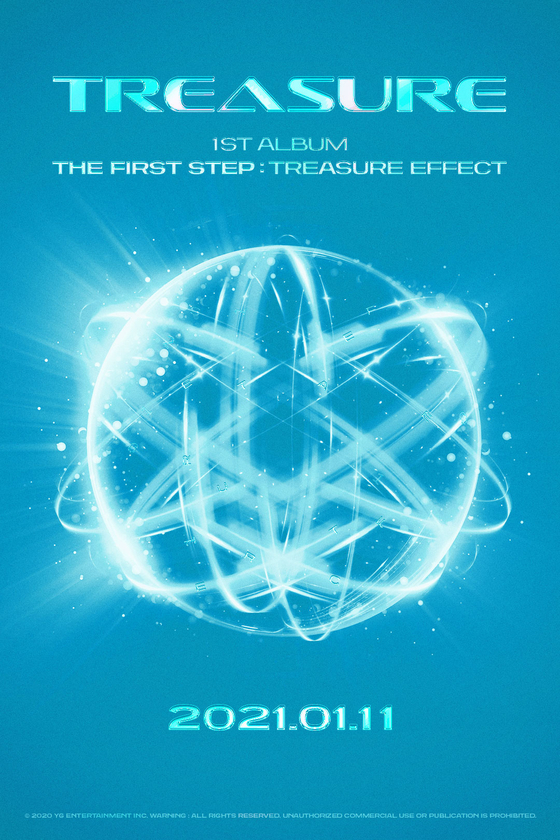 
Boy group Treasure will release its first full-length album on Jan. 11, its agency YG Entertainment announced on Monday. It will be the first YG group to release an album in 2021.

The agency shared a teaser poster for the album, “The First Step: Treasure Effect,” on its official blog. The phrase “Treasure Effect,” first shown in a video the group unveiled before it made its official debut, is back as the title. At the time, the group said its goal was to shake the world with its music, similar to the way daily discoveries contribute to the development of humanity.

Treasure has released three singles since its debut on Aug. 7, including “Boy,” “I Love You” and “MMM.” It sold over 700,000 copies of its single albums within the first 100 days of its debut. Given that full-length albums usually sell better than singles, the agency expects to see more than 1 million copies sold.