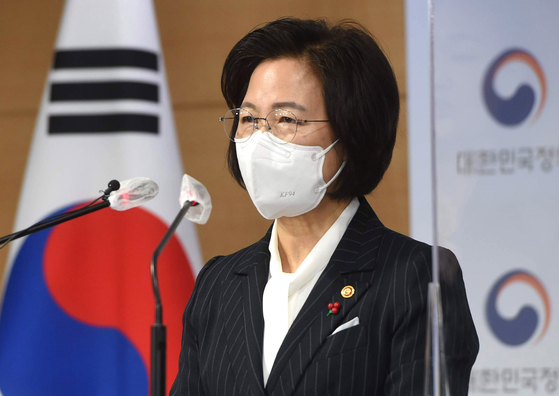 
More than 3,000 people, mostly convicted of petty crimes, will receive presidential pardons ahead of New Year’s Day, the Ministry of Justice said Tuesday.

According to the ministry, 3,024 convicts will be pardoned by President Moon Jae-in as of Thursday. No politicians, election law violators, tycoons or felons were included on the list.

“The pardon list was created to help people whose livelihoods were affected by the convictions,” Justice Minister Choo Mi-ae said during a press conference on Tuesday. "I believe it will create an opportunity for the people to unite and overcome economic hardships caused by the Covid-19 pandemic.”

It's the fourth set of pardons issued by President Moon since he took office in 2017.

Most of the beneficiaries were offenders of traffic, fisheries and other administrative regulations, along with non-felony criminal offenders. A total of 2,920 such convicts will receive pardons, commutation of their sentences and reinstatement, the ministry said.

Twenty-six protesters convicted of having staged illegal rallies to oppose the development of the U.S.-led Terminal High Altitude Area Defense (Thaad) in Korea and the construction of a naval base on Jeju Island will also be pardoned.

Separately from the presidential pardon, the government will restore the driver’s licenses and fishing licenses of 1.12 million people whose permits were canceled or suspended.