Kim Ha-seong to sign with the San Diego Padres: Sources

Kim Ha-seong to sign with the San Diego Padres: Sources 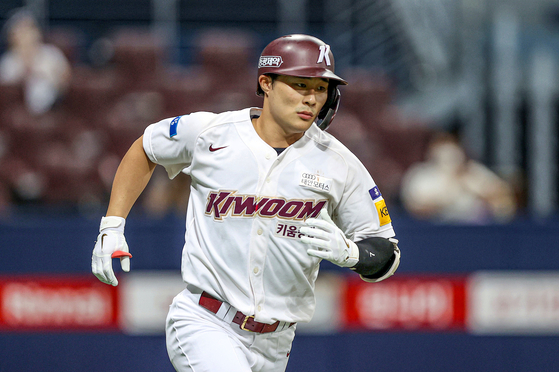 
It looks like Korean shortstop Kim Ha-seong is heading to the big leagues.

Kim, who requested to be posted for MLB teams after the 2020 season, is about to sign with the San Diego Padres, according to multiple sources. When Kim was posted, he was considered one of the top candidates in the market this season as he is still only 25 years-old and has shown huge potential throughout his career with the Kiwoom heroes.

News that Kim was close to signing started to break on Monday alongside reports that he had flown to the United States for medical tests. With Kim's destination unknown, it wasn't until Tuesday morning that major U.S. publications began reporting that Kim was set to sign with the Padres.

According to MLB.com, however, “The team has not yet confirmed the move, which is pending a physical, and the terms of the deal are not yet known.”


With the Padres yet to confirm the move, it remains unclear which position Kim will be playing in, though some pundits suspect that he may move to second base in San Diego.

Kim was drafted by the Heroes during the 2014 rookie draft. He made his KBO debut in his rookie season, appearing in 60 games and finishing with a .188 batting average with nine hits and 17 runs.

Despite a slow start, he started playing full-time in his second season in 2015, as the club was missing star infielder Kang Jung-ho, who had gone to the major league.

Having earned that starting spot in 2015, Kim has gone from strength to strength and quickly became known as one of the top infielders in the KBO. He was also part of the Korean national team back at the Premier 12 last year.

Kim had perhaps the best season of his career this year, finishing with a .306 batting average with 111 hits and 30 home runs throughout 138 games. Kim bulked up over the offseason after the 2019 season and the result showed, with a career-high 30 home runs. That number stands out, as his previous best was at 23.

Despite bulking up, he didn’t lose his speed, as he still managed to steal 23 bases throughout the season.