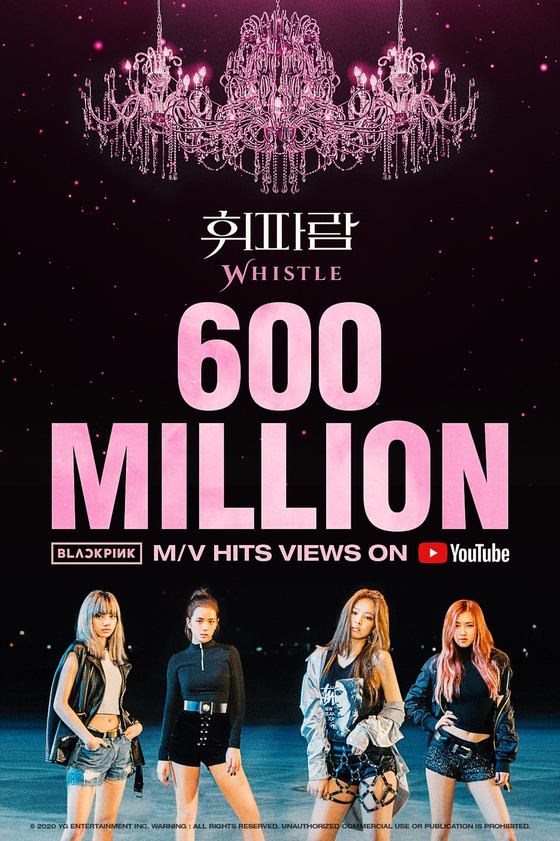 It is the seventh time the girl group has hit that mark with a music video, YG Entertainment said.

The entertainment company said Blackpink is the first K-pop girl group to achieve the feat, adding that "Solo," a single by group member Jennie, is about to break the 600 million mark.

Straight after its release, "Whistle" topped numerous music charts and remained at the top for 16 days. The song was No. 1 on iTunes charts in 14 countries, which is unprecedented for a girl group debut.

Blackpink managed to attract 23 million new subscribers to its YouTube channel over the past year and now has 55 million, making it second most subscribed artist on YouTube after Justin Bieber.

YG Entertainment said Blackpink is gearing up to hold a livestream concert on Jan. 31. The concert will be the group's first after the release of its first regular album, "The Album," in October.