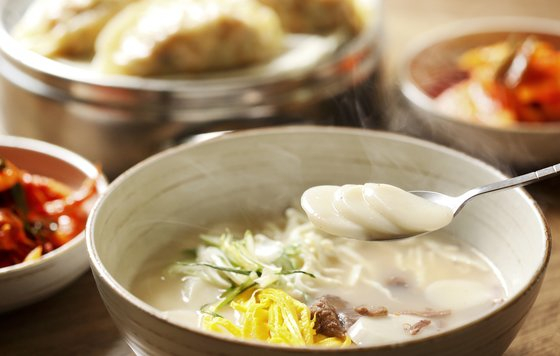 A bowl of tteokguk is the dish to eat on New Year's Day in Korea. [JOONGANG PHOTO]


With the New Year just around the corner there's only one way to properly welcome 2021 in the Korean style — eating a bowl of tteokguk.


Tteokguk, a combination of the words tteok (sticky rice cake) and guk (soup), is traditionally eaten on New Year’s Day to welcome the incoming year. In Korea, where everyone becomes one year older at the same time on the New Year’s Day, there is a joke that you won’t age unless you eat your bowl of tteokguk. The long shape of tteok, which is usually sliced before being added to a bowl of soup, is supposed to represent a long life.

Different from kimchi jjigae (kimchi stew) or grilled samgyeopsal (pork belly), and other widely known Korean food readily available at many different restaurants all cross the nation, tteokguk isn’t something that many restaurants have on their menus. It is partly because the bowl of rice cake soup is something that can easily be made at home without a detailed or difficult recipe.

The main ingredients you need for the simple dish is slices of tteok, some beef and anchovy broth.

If you want to up the difficulty level and add some depth of flavors, you can mix some beef broth with the anchovy broth, stir-fry some small pieces of beef to add on top, fry some egg to slice and also use as a topping as well as some fresh green onions.

Given the Level 2.5 social distancing that has many choosing to stay home and avoid restaurants, here are some simple ways to welcome the New Year with a tasty bowl of tteokguk at home. 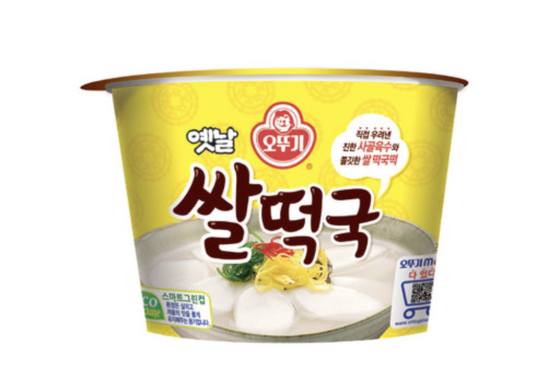 
The simplest way to do enjoy tteokguk is to head to your closest convenience store and purchase a ready-made version.

Ottogi’s Ssal Tteokguk is one of the most widely seen products available at most convenience stores around the country. You just need to add hot water in the cup which will cook the contents inside. At Emart 24, Shinsegae Food’s version of ready-to-cook cup tteokguk is also available. These cups are priced around 3,000 won ($2.80). 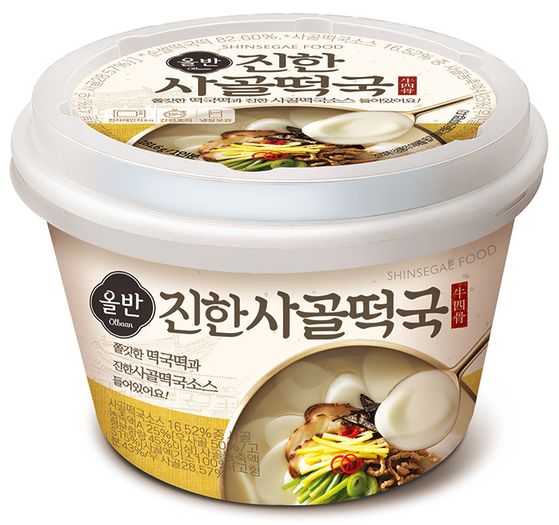 
If you don’t mind getting a little bit more handy for your first meal of the new year, trying combining products you can buy from the shelves at the supermarket with some fresh ingredients. The items you'll need are packaged beef soup, as creating a deep-flavored broth is the step that's most time consuming. With a wide selection of ready-to-make soups, getting the right flavors for the broth for tteokguk is now easier than ever. 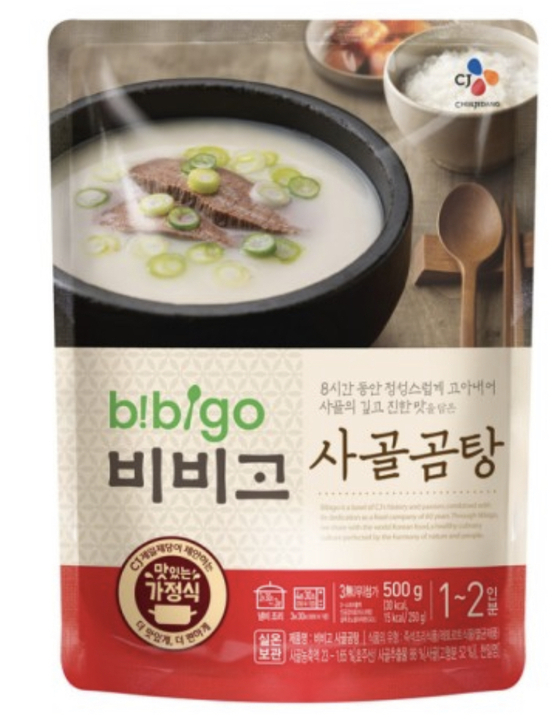 
Many of the major food companies in Korea, including CJ CheilJedang and Daesang, have a variety of options for beef broth that just need to be heated up before serving. Look for those with seolneongtang or gomtang on the packages, which are made by boiling beef bones for hours. CJ’s brand Bibigo and Beksul, and Daesang’s Chungjungone offer many different options.

When you have all the ingredients ready, bring the broth to a boil before adding a handful of sliced rice cake and finally the beef and whatever other toppings you choose.

If you want to add a different texture other than tteok, try adding a pack of frozen mandu, or dumplings.

For more avid at-home chefs, you can add a chunk of beef brisket or rump to add a deeper flavor to your broth. Add the cut up meat to the pot and cook until brown. Then add water to make the broth before adding the sliced tteok. If you want more gamchimat, also known by Japanese word umami, add anchovy broth instead of water.

If clearer broth is more your style, just use anchovy broth to make the soup base.