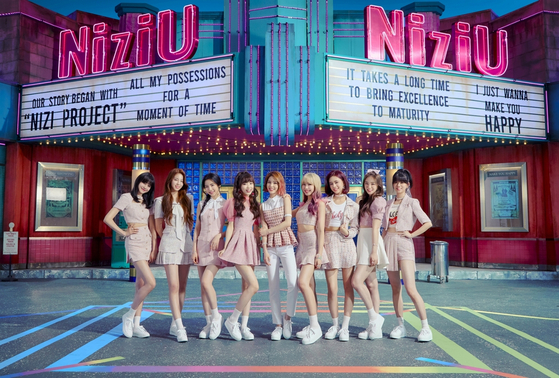 “Make You Happy” was the group’s pre-debut song released in June. The song highlights the nine members’ bubbly and bright characters. The group is currently a huge hit in Japan. "Step and a step,” the lead track from its debut album of the same name, stormed Japan’s Oricon music chart this month.

The group was formed through a joint audition program “Nizi Project” between Korea’s JYP and Japan’s Sony Music. All nine members are Japanese and received training in JYP.

NiziU was invited to the 62nd Japan Record Award which aired on Japanese broadcaster TBS and gave a special performance via video. The group is also scheduled to appear on a popular year-end Japanese music show “Red and White” on Thursday.