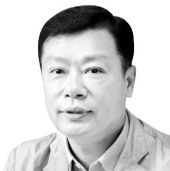 Lee Se-ra
The author is a former planning director of the Korean Medical Association and president of the Baro Cheok Cheok Clinic.

It was exactly a year ago on Dec. 31 when the first case of a new type of pneumonia was reported in Wuhan, China. More than 1 percent of the global population has been infected with the novel virus since, and over 1.7 million lives have been lost. Since the first Chinese person infected with the virus entered Korea on Jan. 20, Koreans have been going through tremendous suffering.

Let’s look back on the war-like year. When Korea’s first case was reported, the Korea Medical Association (KMA) held an emergency news conference on Jan. 26, even though it was during the Lunar New Year holiday, and issued a statement to citizens. The KMA strongly recommended the government take all administrative measures, including a complete ban on entries from China, where the Covid-19 at the time originated.

Until March 27, the medical association recommended a strict entry ban on travelers from China eight times, but the Moon Jae-in administration dismissed all of them. Then, appearing at the National Assembly on Feb. 26, Health Minister Park Neung-hoo said that the biggest cause of the spread of Covid-19 was a Korean who entered the country from China, triggering national outrage.

Now that a year has passed, let’s review things. Vietnam and Taiwan, which strictly blocked entry from China, have been relatively safe. The number of accumulated cases until Dec. 30 in Taiwan is 795, out of its population of 23.83 million, and only 1,454 cases were reported in Vietnam, a country of 97.76 million people. In terms of the rate of positive cases per population, Korea had 30 times more than Taiwan and 100 times more than Vietnam. Accomplishments of the two countries — which strictly blocked all entries from China in the early stages — are distinctively different from Korea’s outcomes. 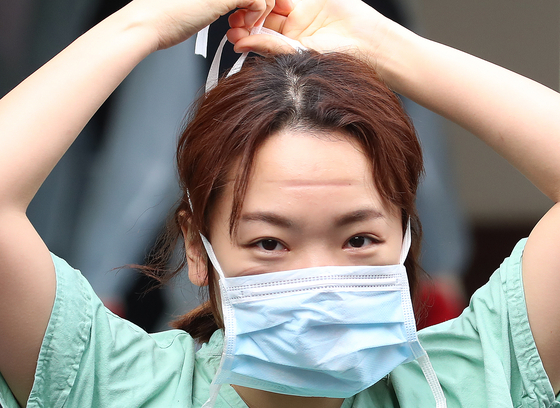 A medical worker takes a short break at the Keimyung University Dongsan Medical Center in Daegu, once the epicenter of the Covid-19 outbreak, on Feb. 27. [NEWS1]


Nevertheless, a professor who advised on disease control opposed the entry ban from China in the early stage. He argued that there were no actual benefits from blocking the movement of goods and people. He also pointed out a risk of smuggling if the Chinese people’s entry was banned. But his judgment proved wrong.

The Moon Jae-in administration paid a high price by ignoring — or not paying attention to — persistent proposals of entry bans by field experts, including the KMA. Furthermore, the government is largely responsible for the increasing deaths in the first, second and third waves as it turned deaf ears to field experts’ opinions.

For instance, on March 27, the KMA proposed a distribution and transfer system for intensive care patients depending on the hospital bed situation and a control system to distribute medical staff efficiently. The government practically had its hands off despite a pledge to secure 10,000 hospital beds to brace for a larger, looming crisis. However, after more than 1,000 positive cases are reported daily in the third wave, the government hurriedly gave orders to mobilize private hospitals to use their beds. Nevertheless, another pro-government professor stuck with the expansion of public medical care.

The same problem applies to vaccine supply, too. The Moon administration was criticized for not releasing information in a transparent manner. A related committee has only two civilians out of 15 members — and its decision-making process was inefficient.

The number of deaths from Covid-19 in Korea has already exceeded 800. This number is more than 20 times of the 39 deaths from the Middle East Respiratory Syndrome (MERS) outbreaks in the country. The government needs to listen to the voices of field experts to prevent more deaths.

Amid the fight against Covid-19, the government also divided the groups of doctors and nurses to praise the latter group more than the first group.

It still does not offer second chances to the medical students who refused to take national exam to protect the government’s push to set up public medical schools in the name of narrowing a medical gap between capital region and the rest. The government must show a broader attitude. In the dark tunnel where I cannot see the exit after one year, I believe we can see the light at the end of the tunnel when the medical field and the government work together.