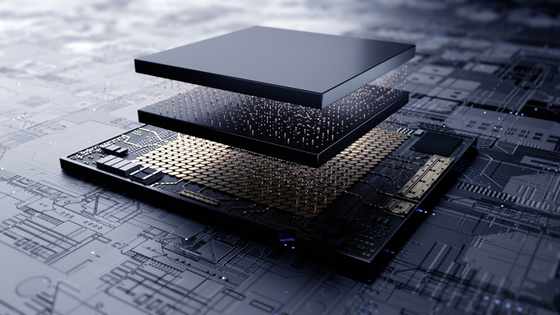 
The coronavirus outbreak battered industry across the board, but a rare champion during the pandemic has been the semiconductor business due to booming traffic online driven largely by stay-at-home orders.

Analysts painted a bullish picture of demand picking up through 2021 for both memory and processing chips, which will benefit Korean chipmakers like Samsung Electronics and SK hynix.

Dynamic random-access memory (DRAM) chips are considered as the main driver for boosting profitability as both server and mobile DRAMs will likely be in demand by data centers and smartphone manufacturers.

Supply may remain tight as chipmakers around the world limited their investment to expand capacity of DRAM production lines in 2020, a factor that will increase the prices.

Samsung Electronics is expected to have a strong order book for its foundry business, or building chips by contract based on the designs from external customers, given that competing foundry players, like Intel and China’s SMIC, are wrestling with a multitude of internal and external challenges. 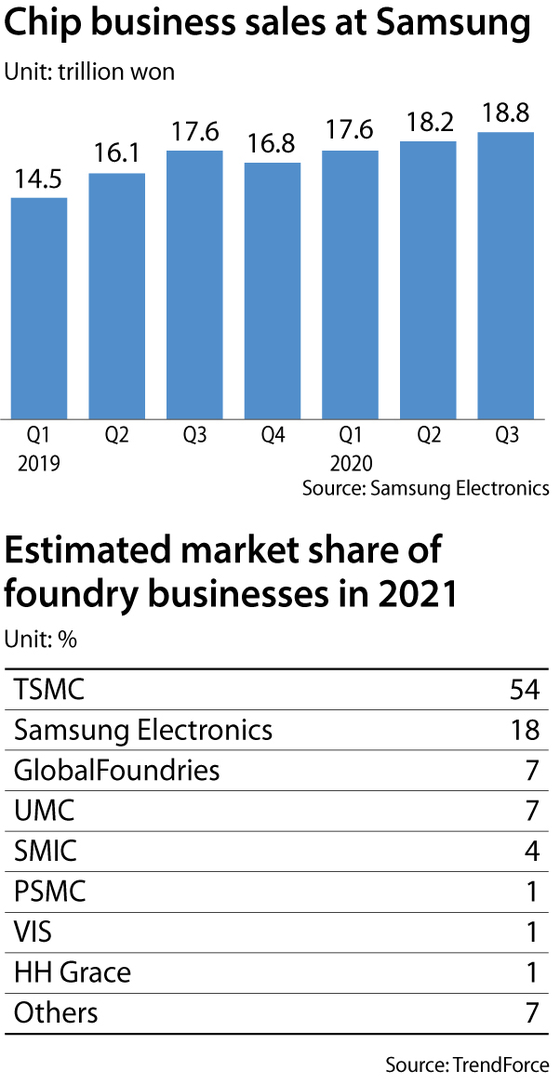 A series of U.S. sanctions against Chinses electronics manufacturer Huawei has played into the hands of Korean chipmakers as the moves pushed the Shenzhen, China-based company to make rush orders for Samsung and hynix in the third quarter ahead of the full implementation of the restrictions.

But even with the end of hurried purchases from the tech company, other Chinese smartphone producers, like Xiaomi, Oppo and Vivo, are set to churn out a wide variety of smartphones in 2021, including foldables, in a bid to seize market share from Huawei.

The push translated into increased orders for mobile DRAM chips, most of which will be made at Samsung and SK hynix, the world’s two biggest DRAM manufacturers.

“DRAM prices should increase from the first quarter in 2021,” said Choi Do-yeon, an analyst at Shinhan Investment.

“Rush orders from Huawei Technologies has accelerated the depletion of inventories. Oppo, Vivo, and Xiaomi are increasing chip orders for mobile devices,” the analyst said.

The spot prices of 8-gigabyte Double Data Rate (DDR) 4, a benchmark product for DRAM prices, rebounded at the end of November and stood at $ 3.46 as of Thursday, according to market tracker DRAMeXchange.


“DRAM spot prices have been on the rise since the end of November,” said Seo Seung-yeon, an analyst at Heungkuk Securities, adding that a transition towards new generation server DRAMs — from DDR4 to DDR5 — could further fuel overall demand in 2021.

DDR5 is an advanced memory designed to transfer data at higher speeds.

SK hynix released its first DDR5 product that supports transfer rates of up to 5,600 megabits per second (Mbps) in October, while Samsung is expected to bring the same to market in the second half of 2021.

Demand for server DRAMs will jump 27 percent in 2021 compared to the previous year, Seo projected.

Against the favorable backdrop of solid demand, SK hynix is tasked with gaining regulatory approval required for its purchase of Intel’s NAND memory and storage business, following its decision to acquire the business for $9 in October.
When merged with Intel’s unit, the Korean chipmaker will become the world’s second largest NAND Flash maker from the fourth in terms of market share and carve out strength in NAND products used for data centers.

“[SK hynix] will be able to expand its revenue from data centers through the acquisition,” said Lee Su-bin, an analyst at Daishin Securities, adding that sales of the acquired unit will be reflected starting 2022.

“The merged business will complement each other since hynix has a high portion of mobile NAND Flash memory chips.”

A supply glut of NAND chips will continue to limit the rise of its prices through the first half of 2021, but the prices could remain steady or even go higher afterwards due to strong demand from data centers and smartphone manufacturers.

Samsung Electronics has been keen on expanding foundry, a business in which chips are manufactured based on the designs from external customers, and has pledged hundreds of billions of dollars to that effort.

In the new year, more 5G network-enabled smartphones and other devices will be made, so leading foundry players like Samsung and Taiwan’s TSMC will enjoy good demand — even more than they can handle.

The foundry industry is expected to reach its highest revenue ever, growing 6 percent in 2021 compared to 2020, according to market tracker TrendForce, due to factors that drive demand for digital gadgets and anticipated economic recovery.

“Finally, the global economy will recover in 2021 after the yearlong downturn in 2020,” it said in a report released on Tuesday.

“The demand for components will likely rise thanks to not only a forecasted 2 to 9 percent growth in the smartphone, server, notebook computer, TV and automobile markets next year, but also the continued rollout of next-generation networks, including 5G base stations and Wi-Fi 6 technologies,” the report read.

2020’s revenue is expected to reach $84.6 billion, up 23.7 percent over a year ago, which is the highest percentage growth in nearly 10 years, according to TrendForce’s latest investigations.

“The trend has shifted,” said Moon Ji-hye, an analyst at Shinyoung Securities, “The chipmakers had to attract clients with discounts. But now clients should compete with other manufacturers to place orders with foundry units. The switch is demonstrated by TSMC’s decision to end volume discounts.”

TSMC and Samsung are in superior positions, since they are the only chipmakers capable of employing extreme ultraviolet (EUV) lithography to fabricate advanced chips.

Other foundries, including Intel, SMIC and GlobalFoundries, have yet to embrace the technology, a critical factor that turns key clients away.

Adding to the challenge, the United States added China’s SMIC to its Entity List to ban technology exports to the Shanghai-based company.

“Consequently, existing clients of SMIC — including Qualcomm, Broadcom, On Semiconductor and Qorvo — will likely look for alternative foundries which are not Chinese,” Kim said, adding that Samsung and TSMC will likely cover the demand.

Trade secrets may have been stolen from Samsung Electronics