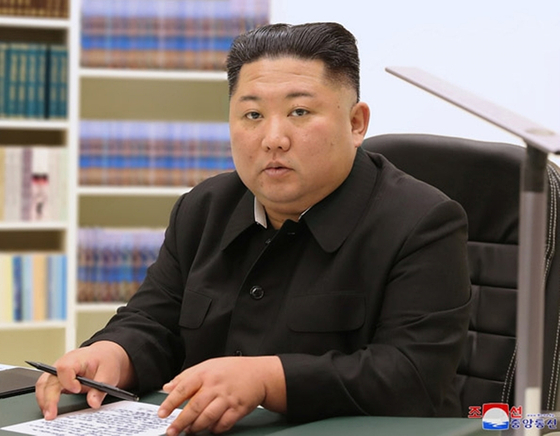 North Korean leader Kim Jong-un marked the New Year with a brief letter to his people, apparently skipping his trademark address as a major political event in Pyongyang nears.

In the handwritten letter, which was revealed by the North’s state media last Friday on New Year’s Day, Kim wished the North Korean public greater happiness in 2021 and thanked them for supporting the ruling Workers’ Party even in “difficult times.”

The leader made no direct mention of the North Korean economy or relations with other countries, though his admission of times being difficult seemed to hint at the regime’s struggles in 2020, when it was hit by the Covid-19 pandemic and battered by several typhoons, all the while under strict international sanctions for its development of nuclear weapons and ballistic missiles.

"I sincerely wish all the families across the country greater happiness and beloved people, good health. In the new year, too, I will work hard to bring earlier the new era in which the ideals and desires of our people will come true," Kim said in the letter, according to an English-language report from the North’s official Korean Central News Agency.

"I offer thanks to the people for having invariably trusted and supported our Party even in the difficult times. Pledging once again that I will always remain faithful to the great people," he reportedly added. 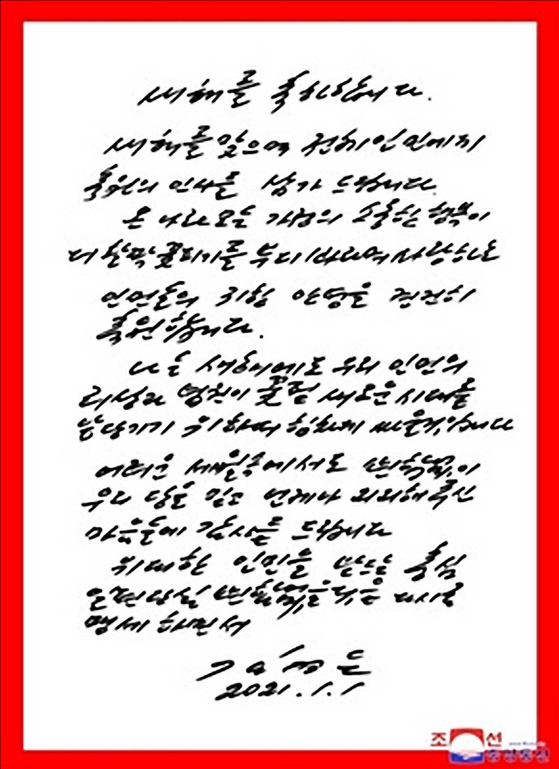 
Since Kim rose to power in late 2011 following the death of his father, former North Korean leader Kim Jong-il, he has delivered a lengthy New Year’s address at the beginning of each year, with the exception of this year and last year. The annual messages used to be the most closely watched public addresses from Kim as they contained crucial hints about the regime’s domestic and foreign policies for the year to come.

As with most North Korean affairs, exactly why Kim decided to skip his New Year’s address this year is not known, but some local pundits said it appeared the leader is trying to focus all attention on the upcoming eighth Congress of the Workers’ Party, set to be held early this month, or possibly this week.

Kim “may have thought that if he delivered a New Year’s address and then gave another speech at the Workers’ Party Congress, people might get distracted and his words would lose impact,” said Kim Young-hyun, a North Korean studies professor at Dongguk University in Seoul.

The precise date of the Congress has yet to be announced by Pyongyang, but some local media outlets including the JoongAng Ilbo have been reporting lately that the major event could kick off sometime this week for five days, a day longer than the seventh Congress in May 2016. Kim’s 37th birthday falls on Friday.

During the Congress, all eyes will be on Kim’s new economic plan and foreign policies on the United States and South Korea amid stalled denuclearization talks. The year 2021 holds particular significance for Kim as it marks a decade since he rose to power.

Inter-Korean canines may find a home in Gwangju