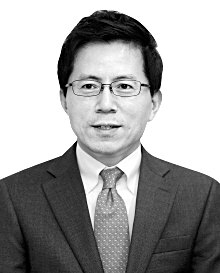 The author is a senior reporter of unification and North Korean affairs at the JoongAng Ilbo.


The year 2021 is crucial for North Korean leader Kim Jong-un. It marks the 10th year since his father and predecessor Kim Jong-il died — or a decade since Kim Jong-un rose to power. Pyongyang has a long history of celebrating anniversaries boisterously when the final numbers end in five or zero. The first major event of the New Year will be the eighth Congress of the ruling Workers’ Party set for early January.

In a party-state system like North Korea, the Congress plays a pivotal role in presenting the regime’s new vision and celebrating any achievements made in the previous years. Yet the festive mood is nowhere to be seen on the streets of Pyongyang, a grim reminder of what the year 2020 meant to Kim and his country. What major tasks does Kim face and what does the year 2021 have in store for him?

The year 2020 was a “horrible year” for North Korea. That is what Kim said himself last September in a letter to South Korean President Moon Jae-in. In the letter, he wrote, “I hope this horrible year quickly passes and days of continuous good events come as soon as possible.” Kim sounded more desperate after a month, as he was making a speech to commemorate the 75th anniversary of the founding of the Workers’ Party. “We’re the only country [around the world] who has to take emergency quarantine measures [to fight the Covid-19 pandemic] and recover from natural disasters, all the while facing brutal and prolonged [international] sanctions,” he tearfully told the North Korean people. “I’m ashamed I could not repay you.”

There is no telling that this year will be any better for North Korea. Kim’s 37th birthday, which falls on Jan. 8, will likely coincide with the eighth Congress of the Workers’ Party. Shortly after the 22nd meeting of the Politburo of the 7th Central Committee of the Workers’ Party, presided over by Kim last Tuesday, North Korea’s state media confirmed that the eighth Congress will be held “early January,” without specifying further. A source who recently met a North Korean official told me that the event has been scheduled to be held for five days starting Tuesday. The seventh Congress was held for four days in May 2016. The fact that the eighth Congress is to be held a day longer hints there are more agenda items to discuss this year. 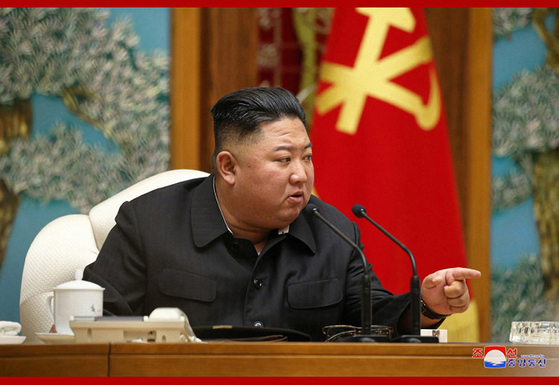 In a Politburo meeting in Pyongyang on Oct. 6, North Korean leader Kim Jong-un orders an “80-day combat” until the end of 2020 to tackle natural disasters. [YONHAP]


The problem is a critical dearth of vision for North Korea. In particular, it cannot find a breakthrough in improving the lethargic economy and livelihoods of the people. Shortly before the seventh Congress in 2016, Kim vowed to reveal a “dazzling” road map for his country, but it turned out to be an empty promise.

Last August, as he was presiding over a plenary meeting of the Workers’ Party, Kim acknowledged the complete failure of the five-year economic plan he rolled out in the seventh Congress in 2016. But two months later, North Korea launched what it called an “80-day combat” from Oct. 12 to Dec. 30. In a meaningful step on Wednesday, Pyongyang claimed that the 80-day battle “met the preconditions for the opening of the eighth Congress of the Workers’ Party” — a de facto confession that the 80-day combat had been designed to prepare the ground for the staging of the party congress from the beginning. The regime nearly admitted that the 80-day battle was just another political propaganda tool to justify the holding of the Congress, rather than a means to sincerely improve the economy.

What’s noteworthy is that all major state projects that had been carried out at the behest of Kim have either foundered or mysteriously disappeared from North Korean news outlets. Kim dug up the first shovel of dirt last March to mark the start of construction work for Pyongyang General Hospital, and he ordered his underlings to complete the hospital by October. But for months, North Korean media remained mum about it. The world has not heard any updates about the Wonsan-Kalma Coastal Tourist Area construction project either. Kim attended a ribbon-cutting ceremony highlighting the opening of the Suncheon Phosphatic Fertilizer Factory last May, but there haven’t been any follow-up news reports on the factory. The fact that Kim’s instructions are not being materialized indicates the North’s absolute depletion of available resources.

It remains to be seen how the Tokyo Olympics, scheduled for July 23 to Aug. 8, will affect the North Korean regime, inter-Korean ties and other Korean Peninsula issues. Pyongyang could be looking forward to the upcoming Summer Games on the hopes of reliving the fond memories of the 2018 PyeongChang Winter Olympics. But whether things will turn out favorably for North Korea is anyone’s guess. The PyeongChang Winter Games did eventually culminate in the diplomatic failure of the U.S.-North summit in Hanoi, Vietnam, in February 2019. It also won’t be easy for the North to capitalize on an event happening outside the Korean Peninsula, not to mention that the very fate of the Tokyo Olympics heavily relies on the Covid-19 pandemic.

The U.S.-China confrontation may grow fiercer as the Olympics near. President-elect Joe Biden’s idea to convene the Global Summit for Democracy this year and China’s plan to commemorate the centennial of the Communist Party on July 1 are like two trains headed in each other’s way for a head-on collision. Seoul and Pyongyang will each be forced by Biden and Chinese President Xi Jinping to side with them during the events, and Moon will especially have to make a wise diplomatic choice. Biden has pledged not to accept any challenges to democracy, which means his administration will likely pressure the Moon administration to make changes to its soft-line North Korea policy.

Scathing criticism from Washington and international society on South Korea’s passing of a bill banning anti-Pyongyang leaflets is a prelude of what’s to come. The Moon administration could face headwinds for passing the bill, given that the bill came in quick response to Kim’s younger sister Kim Yo-jong’s threat to Seoul to enact a bill restraining activists from sending propaganda leaflets across the border.

Tensions on the Korean Peninsula might drop back down towards the end of this year, when both South and North Korea mark their 30th anniversary of becoming members of the United Nations on Sept. 18 during the 46th UN General Assembly. On Dec. 13, it will also be three decades since the two countries signed the Agreement on Reconciliation, Non-Aggression, and Exchanges and Cooperation between the South and the North. But the UN could pressure Pyongyang to straighten up and play its role in the international society, leading to heightened tensions.

In December when North Korea honors the 10th anniversary of the death of former North Korean leader Kim Jong-il, public attention will fall on current leader Kim Jong-un and the past 10 years of his rule. As Kim Jong-un tried to portray a humble image to his people, we will be able to know by December how that effort was received by the North’s elites and general public.

The most imminent threat Pyongyang has to overcome this year is the Covid-19 pandemic. The regime claims it has no coronavirus patients, but its lockdown measures strongly point in the other direction. While North Korea is way back in the line of securing Covid-19 vaccines, its nuclear weapons and missiles are doing the country no good. Under such circumstances, the North’s nuclear threat does not work as in the past.

As Kim wished, the horrible year of 2020 has ended. But whether the “days of continuous good events” will really come remains murky.