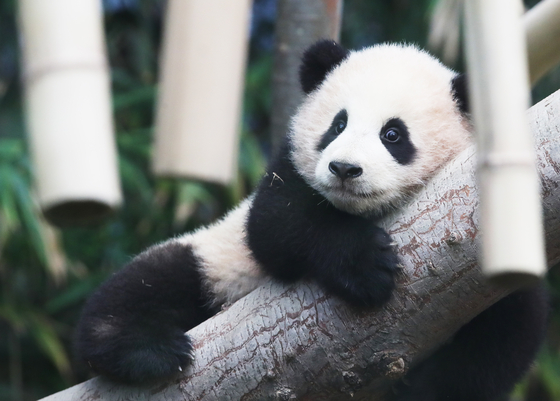 Baby panda Fubao, about five months old, lounges on a tree at Everland, Gyeonggi. She made her public debut on Monday after being born in July last year. [YONHAP]


The first-ever panda to be born on Korean soil has made her public debut, leaving the special home she was raised in away from the public eye for the first time.

It's exciting news for the avid followers of the baby panda who have been watching her grow online through photos and videos released by theme park Everland in Gyeonggi.

Named Fubao, the baby panda will be on display in an area accessible to the public from 10:20 a.m. to 3 p.m. every day along with her mother Aibao. Officials say that the time spent outside may be adjusted depending on how well Fubao adapts to her new surroundings.

Fubao was only about 197 grams when she was born on July 20 last year. Now, aged five months, she weighs 12.3 kilograms (27 pounds) and can walk well on her own, explained Everland officials when giving the reason they allowed Fubao to go on public view. 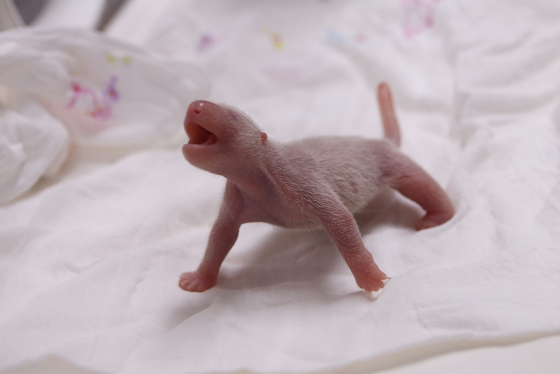 Fubao was about 197 grams when she was first born in July last year. [EVERLAND]


On Monday, some 300 visitors over the course of five hours saw Fubao in action, playing with her mother mischievously and climbing up the trees leisurely. She was showing her usual “cute” self on her first day out, according to Everland’s communications team.

Due to the stricter social distancing measures applied nationwide, the theme park will only allow those who make reservations in advance to see the pandas. Only 60 visitors will be permitted per hour, about 6 percent of the theme park's usual capacity. Reservations are already booked until Jan. 17, but don't give up hope as there are spots to cater to cancellations. 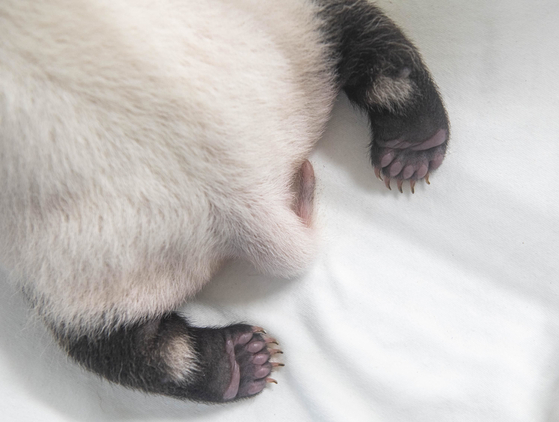 Fubao when she was about 50 days old. [EVERLAND]


The theme park has been posting photos and videos through Everland’s social media channels from the day the panda was born. The accumulated views on all the videos of baby Fubao are over 50 million. One particular video of a specialist trying to weigh the baby panda has a whopping 2.8 million views alone, and shows Fubao grasping the leg of the specialist tightly and refusing to let go even as he tries to walk away. 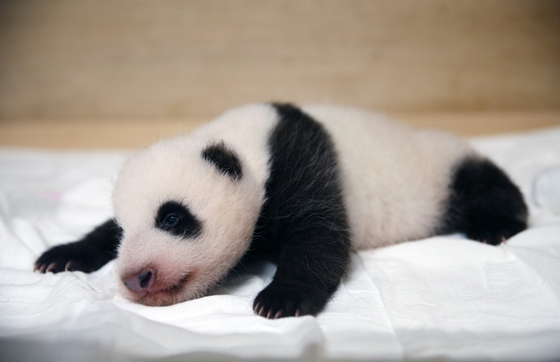 Fubao when she was about 50 days old.


Prior to Fubao's public debut, Everland released a video of her exploring the outside world, helping build anticipation among those hoping to see the baby panda with their own eyes. In fact, it was the online community that gave Fubao her name, after Everland and the Chinese Embassy in Korea asked netizens to give their input. Her name was announced on the 100th day after her birth.


Everland is also home to panda couple Aibao and Lebao who came to Korea in 2016 from China. Chinese President Xi Jinping had agreed to send over the two pandas as a symbol of the friendly relationship between the two countries so that both nations could conduct joint research.

The baby panda born on Korean soil is supposed to go back to China after about four to five years, according to the contract. Pandas usually don’t live in groups, and young pandas usually separate from their parents after three to four years.