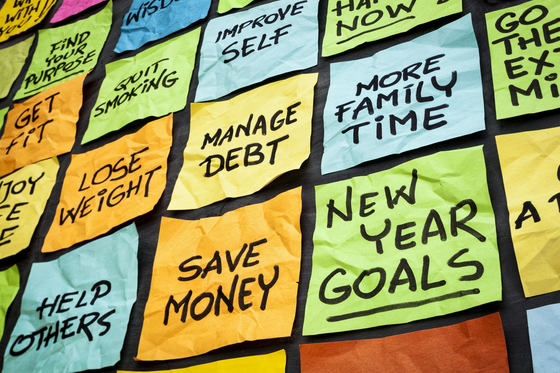 KANG GI-HEON
The author is an industry 1 team reporter of the JoongAng Ilbo.


It is the time for New Year’s resolutions. Many people make a plan for the New Year with mental reminders or written notes. According to a joint survey by employment sites Job Korea and Albamon conducted on 2,696 adults, 79.8 percent responded that they would make New Year’s resolutions. Seven out of 10 said they are determined to follow through.

But the reality is quite different. A 2016 survey showed that 63 percent of adults admitted that their New Year’s resolutions faltered before March.

According to American psychologist John Norcross, more than half of Americans make New Year’s resolutions but less than 40 percent care about them six months later. More than half didn’t go to make it that far.

But carrying them out is different from planning them. Brain scientists emphasize the importance of “habit circuits.” When a certain action is repeated, a habit circuit is created in the brain and brain cells are connected. It means that any plan has a higher rate of success when it is repeated. Rather than making a grand plan, it is better to set a goal that can be consistently achieved.

Despite the scientific explanation, I am more inclined to what Irish writer Oscar Wilde famously said. In the Portrait of Dorian Gray, he wrote, “Good resolutions are useless attempts to interfere with scientific laws. Their origin is pure vanity. Their result is absolutely nil. They give us, now and then, some of those luxurious sterile emotions that have a certain charm for the weak … They are simply cheques that men draw on a bank where they have no account.”

His words are so to the point that they hurt. But there’s nothing wrong with making a resolution for the new year. It may be futile as Wilde had pointed out, but it doesn’t cost anything. Also, it comes with a sense of relief. And no one blames you for not keeping it.