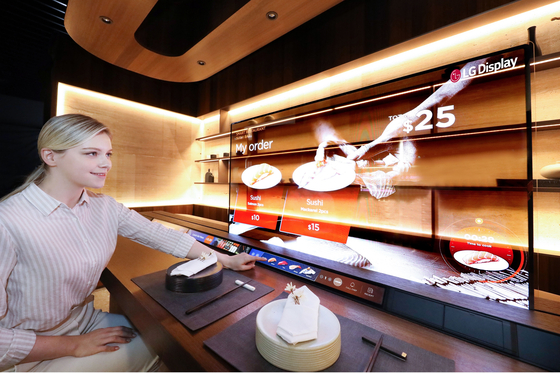 A transparent OLED manufactured by LG Electronics is placed at a sushi bar. [LG ELECTRONICS]


Pandemic-related products are going to be the center of attention at CES 2021, alongside advanced display panels and appliances, as the electronics trade show heads online for the first time.

A total of 286 Korean companies will take part in this year’s show running from Jan. 11 through 14, making Korea the second-largest contributor after the United States.

Hyundai Motor is notably absent, having participated every year since 2009. 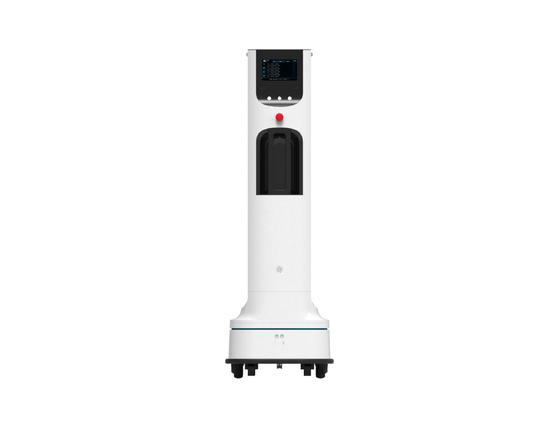 
One of the many ways Covid-19 impacted our daily lives is with the sudden need to clean and disinfect buildings more frequently, regardless of whether cases have been confirmed at the location or not.

LG is trying to capitalize on that push for disinfection with its CLOi DisinfectBot, which will be introduced at CES.

Ultraviolet radiation is able to kill microorganisms including bacteria and is proven to inactivate other coronaviruses such as SARS, according to LG. It is not yet clear whether UVC is effective against the virus that causes the current coronavirus strain.

Still, LG believes that the product can play an important role as the tendency to prioritize sterilization, especially in densely-populated public areas, remains important.

“This autonomous UV robot comes at a time when hygiene is of the highest priority for hotel guests, students and restaurant customers,” said vice president Roh Kyu-chan, head of the robot business division in LG’s Business Solutions Company.

LG said that the robot will go on sale in the United States this year, while the release date is not yet decided for Korea and other markets.

The focus on hygiene is also seen in the release of its new InstaView Door-in-Door refrigerators.

“First introduced in 2017 on the company's most premium water dispenser products, UV nano operates once every hour to remove up to 99.99 percent of bacteria on the refrigerator's dispenser tap,” the electronics maker said in a statement.


Another display product is designed to limit conversation in restaurants without insisting on isolation.


LG’s transparent OLEDs can be used in dining settings like sushi bars where customers typically like to interact with chefs. Customers can watch the chef work through the transparent screen while accessing information about food and prices on the display, but still have a physical barrier for hygiene reasons.

“As guests wait for their order, they can watch a movie or TV program, while at the same time viewing the chef preparing their food on the other side of the display,” LG said, “This innovative product naturally stands out more in the contactless era as it can not only act as a partition but also serve up some fun.”


Besides the dining layout, the transparent OLED can also be used at home and on public transport. 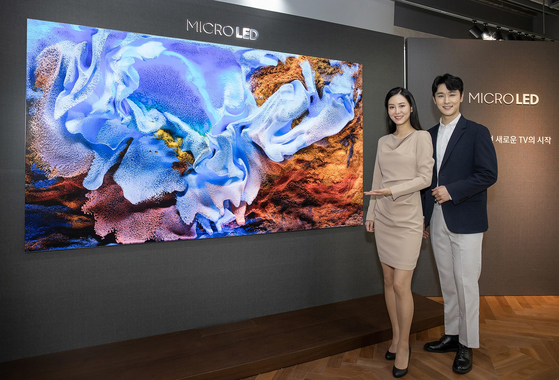 
The major battleground among participating tech companies is always television. While Samsung Electronics and LG Electronics locked horns over their 8K TVs last year, this year’s competition is all about Mini LEDs.

The new display technology uses Mini LEDs — not to be confused with Micro LEDs — to improve on the old-style LCD display by using much smaller light-emitting diodes at a higher density compared to conventional LCD TVs.


Mini LED products can offer better color contrast and brightness than existing LCDs, but fall short of the performance of OLEDs or Micro LEDs, which use the LEDs as the actual display panels without the need for a backlight.


Samsung is scheduled to unveil new Mini LED and Micro LED televisions in a virtual press event set for Jan. 6 U.S. time ahead of CES.

LG said last month that its Mini LED TVs, dubbed QNED, will make a public debut at the trade show with retail sales set for the first half of this year. 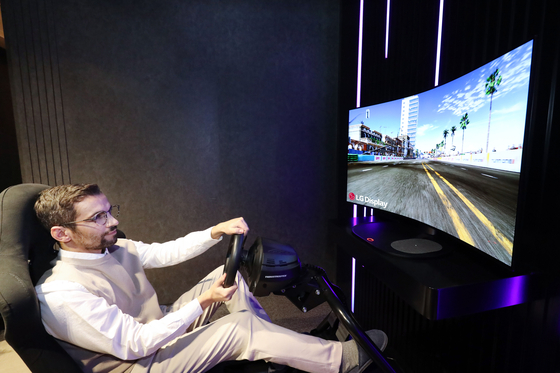 
As the world’s only producer of large-sized OLED panels, LG Display will also show off a bendable OLED TV capable of switching between flat and curved modes.

Users can use the 48-inch TV in its flat mode for watching regular shows, for instance, and then shift to a more dynamic curved option for gaming, LG said.

Another notable feature is an embedded sound system called Cinematic Sound OLED, allowing viewers to listen directly from the surface of the TV screen rather than a separate sound system.

Multiple media outlets reported that LG also intends to unveil a rollable smartphone at the expo, although the electronics maker declined to comment.

Industry insiders suspect that the concept unfurls like a scroll from one side to turn a phone into a tablet, based on intellectual property records registered by LG. 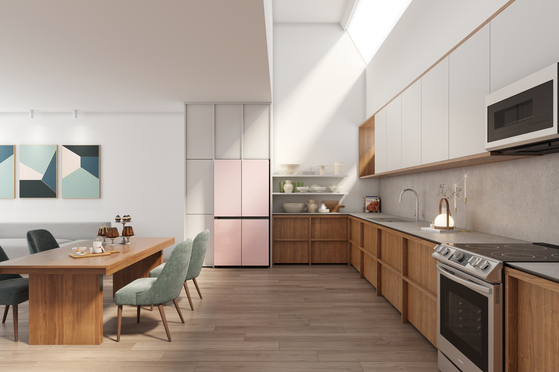 
Smart home devices have come a long way to offer more sophisticated functions on top of their basic roles. Both Samsung and LG will show off refrigerators, ovens and washing machines designed to deliver more automated functions powered by advanced technologies like artificial intelligence (AI).

Samsung’s new Grande AI washers can automatically add detergent and recommend the washing course based on previous use records.

Its new Bespoke refrigerators are fitted with more precise options for ice making and temperature management. 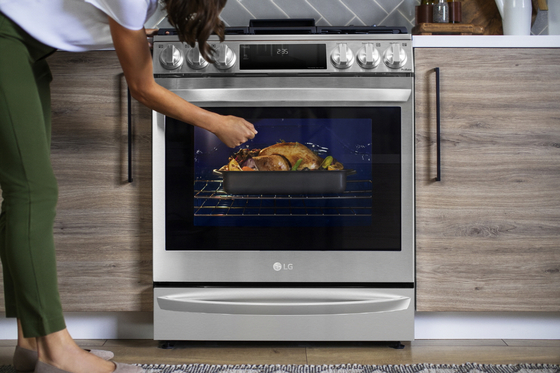 
For those who value fine-dining, LG Electronics is set to deliver an oven that doubles as a sous vide cooker.

The InstaView ThinQ Range with Air Sous-vide is the first oven with the cooking technique included, which refers to the process of vacuum-sealing food in a bag, then cooking it to a very precise temperature in a water bath.