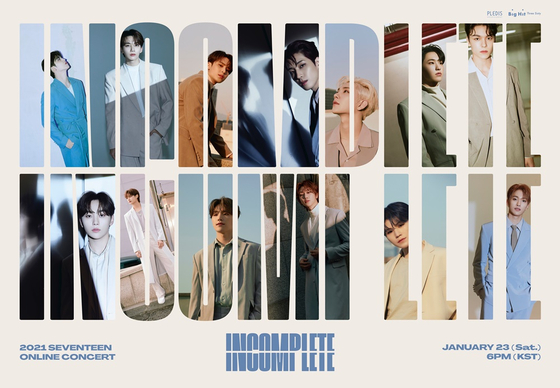 
Boy band Seventeen will hold an online live concert on Jan. 23, at 6 p.m., according to the group’s agency Pledis Entertainment Tuesday.

The agency released a poster featuring photos of the members to signal the event “2021 Seventeen Online Concert In-Complete.” The band will perform more than 20 songs during the online concert.

It’s been a year and five months since the band last held a concert.

Members of Seventeen and fromis_9 test positive for Covid-19