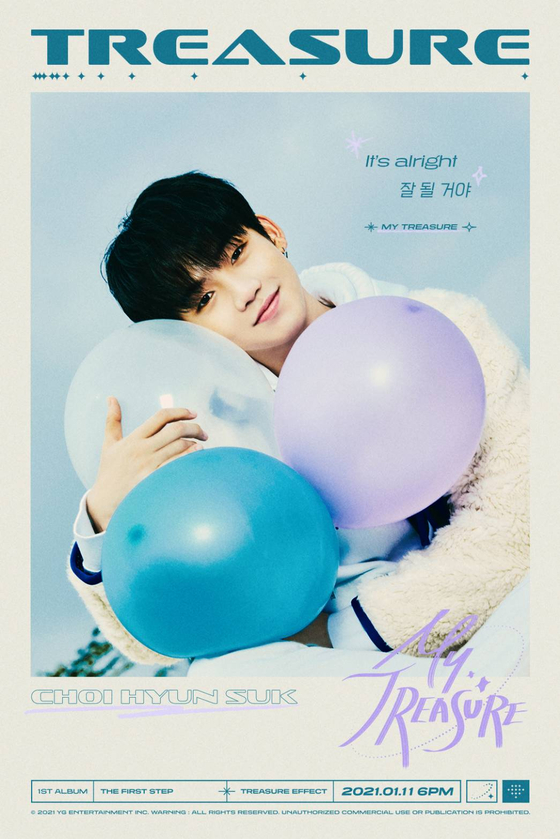 A poster of boy band Treasure's member Choi Hyun-suk featuring some lyrics from the group's upcoming song ″My Treasure,″ set to be released on Jan. 11. [YG ENTERTAINMENT]


Boy band Treasure has released some of the lyrics for its upcoming single along with teaser posters of three of its members on Tuesday.

The three posters its agency YG Entertainment shared on its official blog Monday of members Choi Hyun-suk, So Jung-hwan and Yoon Jae-hyuk include phrases from the new song “My Treasure” for the band’s first full-length album, set to be released on Jan. 11 at 6 p.m.

All the posters have blue backgrounds with each member holding on to different colored balloons. Member So’s poster reads a line that roughly translates to “As if you just woke up from a dream, fresh again” while member Yoon’s poster reads “Just like the clear sky awaits us.” Member Choi’s posters says “It’s alright, things are going to go better.”

“The song is about delivering a hopeful message that we should power up together in difficult and challenging times as bright lights will come up tomorrow,” said the agency.